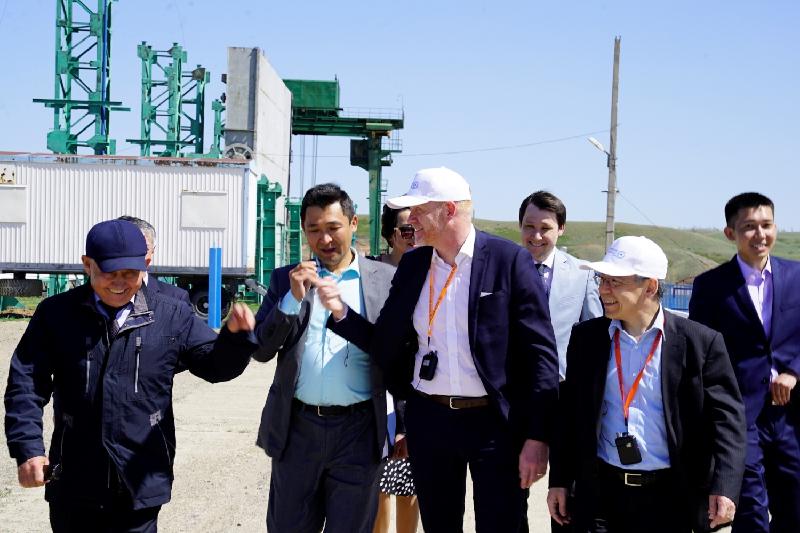 AKTOBE. KAZINFORM UN Resident Coordinator and UNDP Resident Representative in Kazakhstan Mr. Norimasa Shimomura and the Head of Cooperation Unit of the Delegation of the European Union (EUD) to Kazakhstan Mr. Johannes Stenbaek visited the Aktobe region on May 4- May 5.

UNDP and EUD installed an early flood warning system within their joint pilot project called "Supporting Kazakhstan's transition to a green economy model". The project is being fully financed by the EU to the amount of 7,1 million Euros.

The mission also paid a visit to the regional agro-industrial complex. The event and meetings were organized by the Akimat of Aktobe region, UNDP Kazakhstan reports.

The goal of the event was to demonstrate ways of practical application of modern technologies in the hydraulic facilities in the Aktobe region for early flood warning, as well as to familiarize oneself with the local agro-industrial complex.

Due to its geographic position and climatic conditions Kazakhstan is prone to many natural disasters, including environmental risks affecting the country's economy. According to Kazakhstan's Ministry of Emergency Situations, Kazakhstan has seen more than 320,000 emergencies since 1994, with the total number of victims having reached over 250 thousand people. As of 2000, expert estimates show that direct and indirect damage from emergency situations in Kazakhstan stands at about 25 million tenge per year.

The safety of water facilities plays one of the most important roles in the prevention of emergencies. Destruction of the dam can lead to irreversible consequences, such as deaths or health risks for people, as well as damage to the economy and the environment. Destructive floods in March 2012 in South Kazakhstan region amounted to more than one billion tenge, whilst in April 2017 in Aktobe more than 700 people were evacuated after the flow rate in the Aktyubinsk and Sazdinsky reservoirs went up multifold to 790 cubic meters per second - a threshold last reached in the late 1990s.

An important factor in reducing damage in emergency situations is a prompt and timely reporting of information on flood hazards. Within the framework of the project, the parties installed an automated system for collecting, processing and transmitting data to the control centre for early flood warning. Essentially, the system is a set of sensors and indicators that will warn of increased water levels.

"Automatization of the monitoring and alert system of the Aktobe Reservoir will help to protect people and to minimize damage in case of an emergency. I am also glad to see a lot of potential for our cooperation with the local government, especially in agriculture," said Norimasa Shimomura.