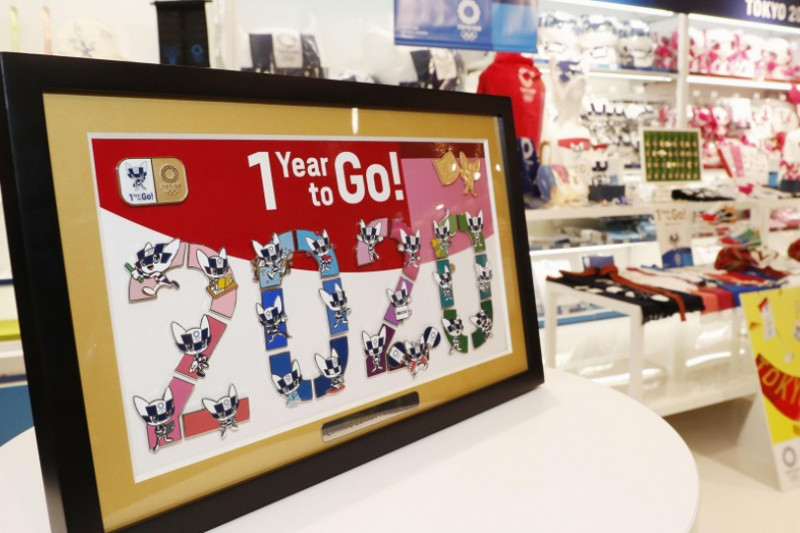 The lineup includes 18 items with the "1 Year to Go!" logo such as T-shirts, pin badges, coffee cups and stuffed toys of Tokyo 2020 mascots Miraitowa and Someity.

Among other items for collectors and sports fans are foldable fans with the Olympic emblem and towels with sport pictograms.
Ryo Taniguchi, the designer of the official mascots, attended the grand opening of the Tokyo Skytree shop in Sumida Ward, where he picked up the Games mascot doll and said, "How cute." 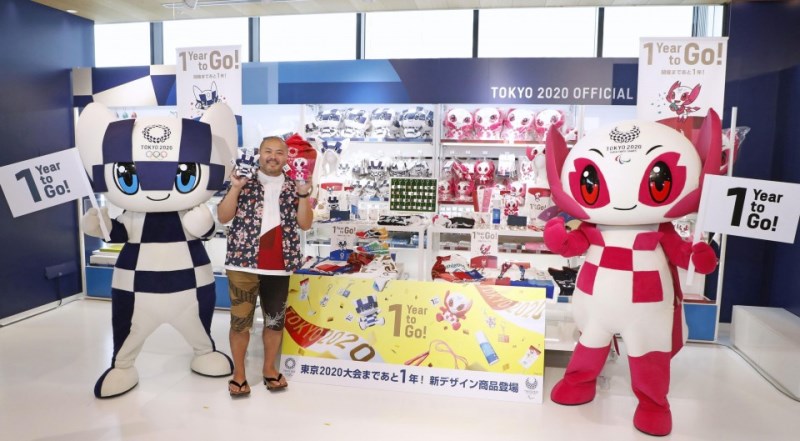 The committee hopes to raise 14 billion yen in revenue from Olympic and Paralympic goods by creating products that use traditional Japanese craftsmanship, Kyodo News reports.

The first ranges of original merchandise were launched June 29. Products are available for purchase online through https://tokyo2020shop.jp/ and at authorized vendors in Japan.