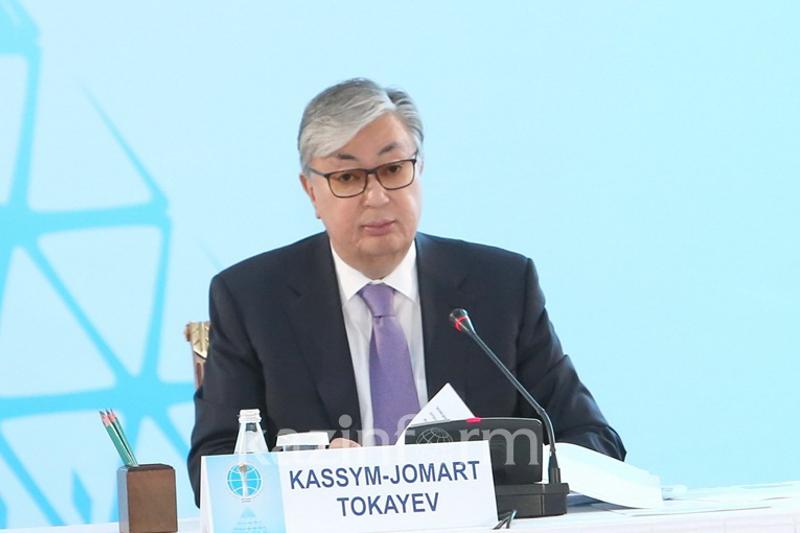 ASTANA. KAZINFORM - Speaker of the Kazakh Senate Kassym-Jomart Tokayev told participants of the 16th session of the Secretariat of the Congress of Leaders of World and Traditional Religions about constitutional reforms in Kazakhstan, Kazinform correspondent reports.

"This year the President of Kazakhstan initiated the Constitutional reform aimed at further democratization of domestic political system and improvement of legal fundamentals of activity of local self-government authorities. Utmost attention is paid to the issue of interethnic and interfaith accord as a factor of domestic stability," Kasym-Jomart Tokayev said at the onset of the session in Astana on Thursday.

The Senate Speaker also noted that answers to many modern challenges can be found in the Manifesto "The World. The 21st Century" presented by President Nursultan Nazarbayev at the Nuclear Security Summit in Washington last year.

"The document outlines a carefully calibrated mechanism of reducing crisis and conflict situations based on global mechanisms. It also urges to eliminate things that cause wars and work out common safety regulations that really work. The Manifesto gained the status of the UN official document. I believe that it should be discussed by religious leaders and participants of the 6th Congress to help them find the way to safe and just world," Tokayev added.

As a reminder, the 16th session of the Secretariat of the Congress of Leaders of World and Traditional Religions chaired by Senate Speaker and head of the Secretariat Kassym-Jomart Tokayev is underway in Astana. Attending the session are representatives of world religions from many countries, international organizations, religious associations of Kazakhstan and officials.