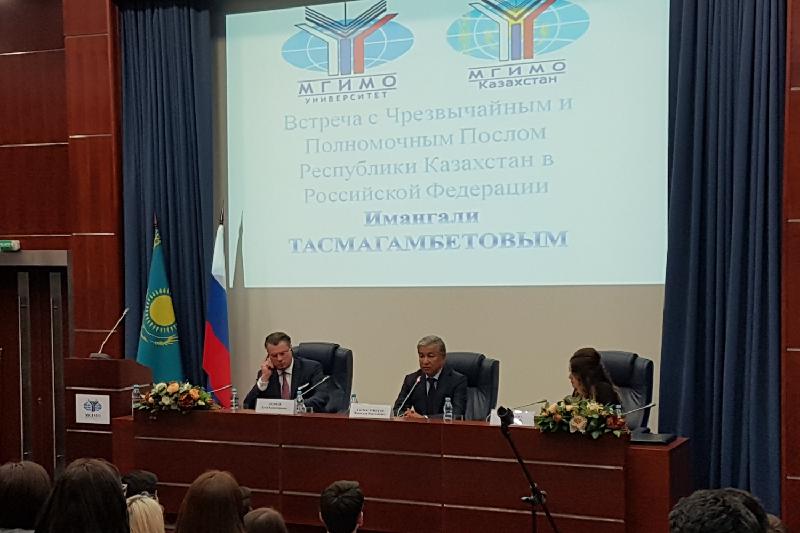 The meeting was held in one of the oldest higher education facilities of Russia – the Moscow State Institute of International Relations (MGIMO).

According to Chief of the MGIMO International Office Yegor Andreyev, Kazakhstani students have been a part of the MGIMO family from the Soviet times. In 1999, students from Kazakhstan established the first national community which underlay the Council of Associations whose members are the representatives of about 40 countries.

“Kazakhstani students are actively involved in the university life and in the learning process. Kazakhstani Students Association is the largest association of foreigners at the university which includes 151 members. A representative of Kazakhstan is the chairman of the Association,” Andreyev said and thanked the Kazakh students studying in the institution.

In turn, the Ambassador said that he was honored to meet with the management of the MGIMO and students of one of the leading Russian universities.

“As Al-Farabi said, if you want to see the future of a country – look at its youth. I am very pleased and proud to see how the young people of our country strive for knowledge,” said the Diplomat addressing the Kazakh students.

According to him, stable economic development of the country was achieved primarily thanks to the state policy of personnel training.

“Bolashak Programme was launched in several years after gaining the independence. Despite the tough periods, the country did not change its priority of training highly-qualified specialists. 8,500 students have passed training under the Bolashak programme over this period. As many as 70,000 Kazakh students have studied in Russia to date. 10,000 of them choose Moscow-based universities,” Tasmagambetov said addressing the Kazakh students. 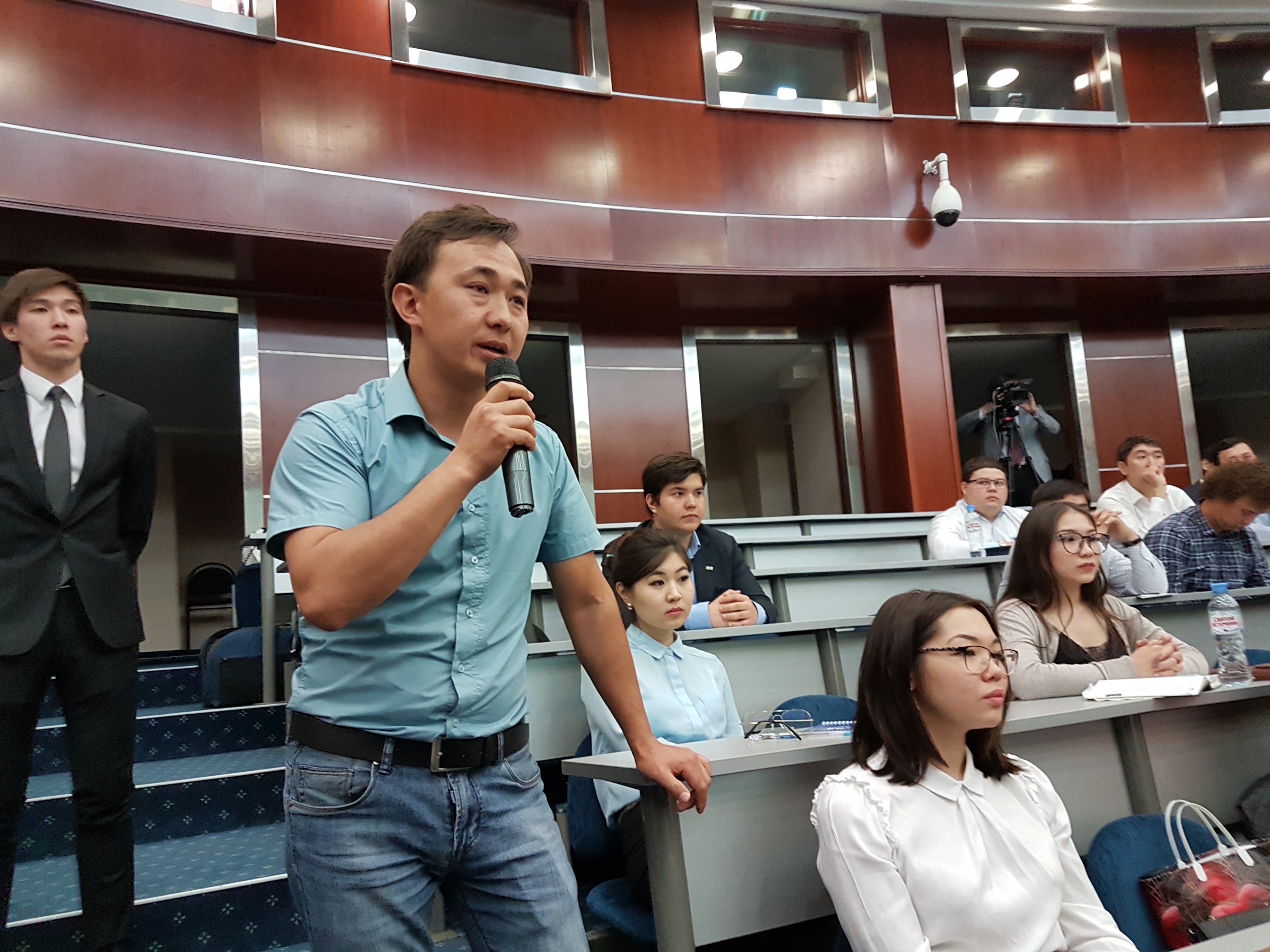 In turn, the students asked questions regarding the state and conditions of living in Russia, such as legal assistance in registration by migration structures as well as the issues related to the cultural-historical aspects and political-economic relations of the two countries.