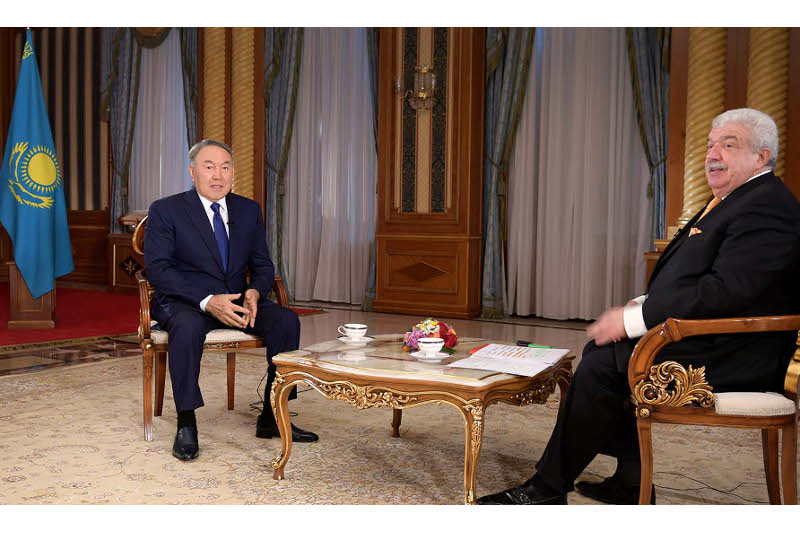 "Nowadays more and more money are spent on weapons, thousands of people died in armed conflicts. I addressed the Nuclear Security Summit 2016 with the Manifesto "The World. The 21st century" to tell the humanity it is high time to stop," the Kazakh President said.

As the Head of State told Rossiya 24 TV Channel, trust between superpowers and nuclear nations has been shattered recently. "Currently there are over 15,000 nuclear warheads in the world, approximately 7,000 are owned by Russia and the U.S. has as many warheads," Nursultan Nazarbayev stressed.

"When trust is weakened, color revolutions happen. Over the past year, more than $1 trillion was spent on weapons. According to the Stockholm International Peace Research Institute, over 167,000 people were killed in the armed conflicts last year. Consider it for a moment. Someone had to say it is high time to stop them. That is why the Manifesto "The World. The 21st century" tells us what to do, how to overcome mistrust to each other. Sanctions and accusations... instead of becoming closer and fight for complete demolition of nuclear weapons, we feel the danger," President Nazarbayev noted.

"If things continue as they are going, more and more countries will want to possess nuclear weapon to protect their borders which always leads to conflicts," the Kazakh leader stressed.

According to Nazarbayev, Kazakhstan has the right to make such proposals as the country abolished the 4th largest nuclear arsenal 26 years ago by shutting down the Semipalatinsk test site.