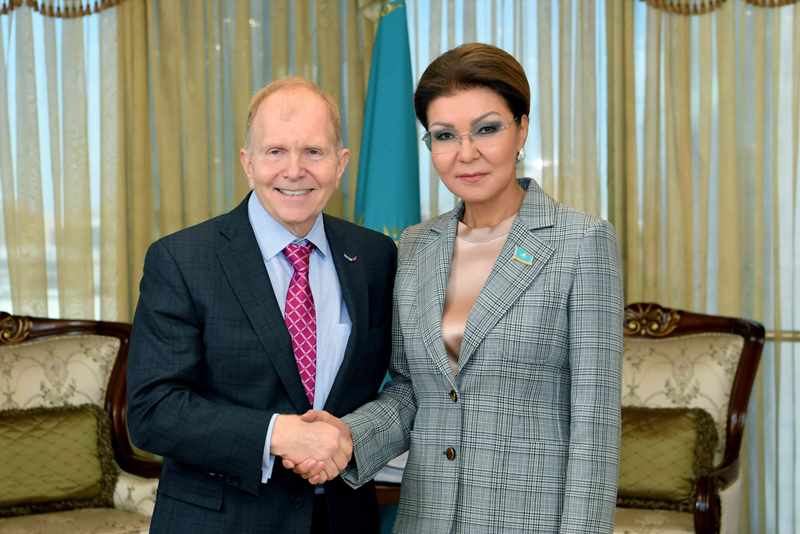 The sides discussed the issues of deepening the bilateral cooperation, including the inter-parliamentary dialogue.

The parties also touched upon developing contacts between both countries' parliamentarians and employees of Kazakhstan's Senate and U.S. Congress.

Also, Dariga Nazarbayeva and William Moser discussed the prospects of trade and economic cooperation in non-primary sectors. In 2018, trade between the two countries rose by 37% and reached 2.24bn U.S. dollars, as Kazakhstan's exports to the U.S. increased 2.5 times. "We are proud of such achievement," William Moser said.

According to William Moser, U.S. companies are interested in joint projects on export of meat products to the EAEU and Chinese markets. The Senate Speaker told the U.S. diplomat about the reforms conducted in the country's agro-industrial sector and invited American partners to share their advanced experience with Kazakhstan.

Speaking on the Kazakh-U.S. collaboration in regional securof the conference held recently in Kazakhstan on "Empowerment of Afghan Women" and launch of Kazakhstan-Uzbekistan-EU trilateral porgramme on medical education of Afghan women.

In this regard, the sides noted the importance of Ivanka Trump's initiative on global development and prosperity of women. The project is called to help 50 million women in developing countries unlock their economic potential.

"We are ready to cooperate in implementation of this initiative in Central Asia and Afghanistan to help the women of the region realize their economic potential," Dariga Nazarbayeva highlighted. 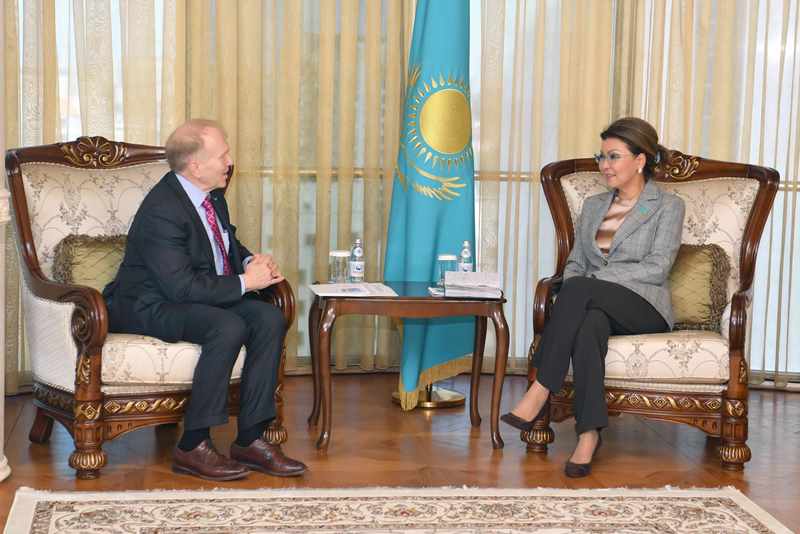