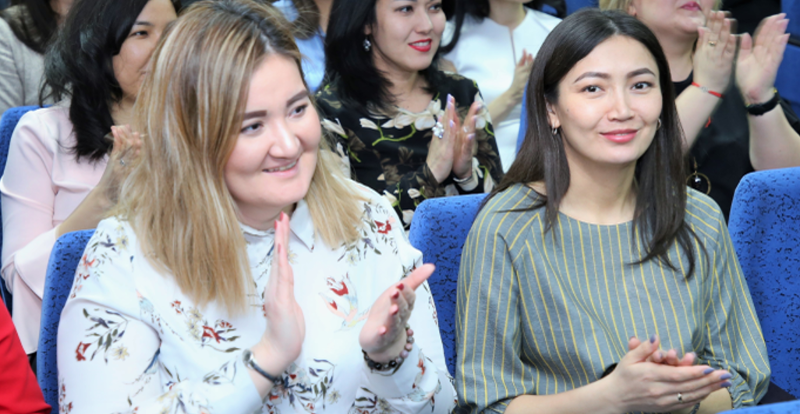 The principles encourage action to address gender parity, non-discrimination in the workplace, professional development for women and public reporting on gender equality progress. They are widely recognised as the global standard for businesses striving for gender equality, the official website of the EBRD Kazakhstan reads.

The principles are aligned with the EBRD's Equal Opportunities Initiative, a programme for clients that promotes equal opportunities for men and women in the workforce regarding issues such as recruitment, retention, promotion, wages and work-life balance, as well as enhancing women's role on corporate boards.

The EBRD provided Samruk-Energy with a €100 million equivalent loan in local currency in 2016. As part of the financing, the EBRD is also working with the firm to assess the potential for developing and implementing better equal opportunity strategies.

With the signing of the UN principles taking place just before International Women's Day on 8 March, Samruk-Energy's commitment to better gender balance echoes the #BalanceforBetter declaration that many companies are making this year.

The next steps will see Samruk-Energy and the EBRD working together to implement the actions set out in the company's first gender action plan to create opportunities for women at the company and in the wider Kazakh energy sector.

The EBRD is also assisting Almaty Power Plants, a Samruk-Energy subsidiary, with a pilot outreach programme to schools, technical and vocational training colleges and universities in Almaty to encourage more women to study in energy-related fields.

As the leading investor in Kazakhstan, the EBRD is committed to supporting the country's transition to a balanced economy. Supporting businesses in addressing gender equality and equality of opportunities for men and women is one of the EBRD's strategic priorities.
Since the launch of the Equal Opportunities Initiative in 2013, the EBRD has supported more than 50 clients across 16 countries in striving for better gender equality in the workplace.

To date, EBRD has invested a total of over US$ 8.85 billion in the economy of Kazakhstan through 254 projects.