S. Korea to raise minimum wage for next year by 2.9% 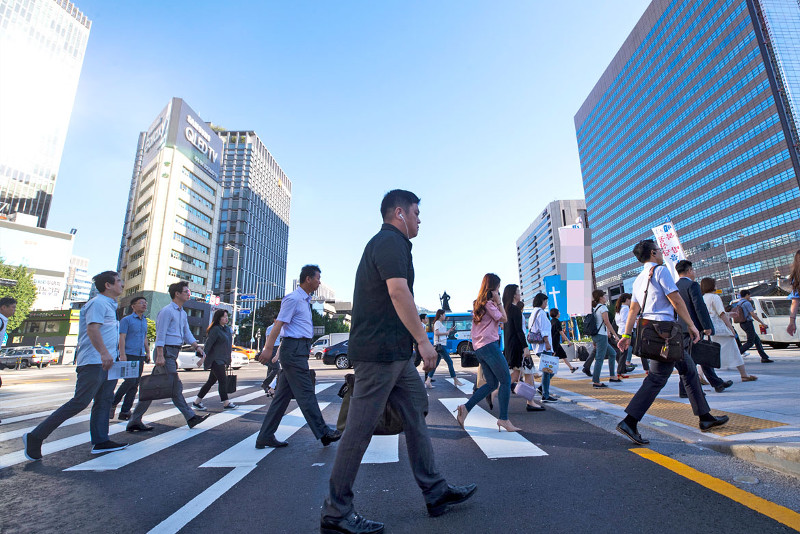 SEOUL. KAZINFORM - South Korea decided Friday to raise the minimum wage for next year by 2.9 percent, the slowest growth in a decade, as it took into account an economic slowdown and sluggish job growth, Yonhap reports.

The Minimum Wage Commission, involving labor and business representatives and experts, set the minimum wage at 8,590 won (US$7.32) per hour for next year, compared with 8,350 won for this year.

The growth rate sharply slowed from a 10.9 percent rise for 2019 and is the slowest gain since the minimum wage for 2010 rose 2.8 percent.

It was also the third-lowest growth rate since the country introduced a system to set the minimum wage in 1988.

The minimum wage is the lowest possible hourly pay a local worker is lawfully entitled to receive.

A single-digit increase was widely anticipated as President Moon Jae-in has signaled at flexibility amid heightened economic uncertainty at home and abroad.

But the steep hikes have invited strong backlash from smaller firms and mom-and-pop stores over mounting labor costs.

The minimum wage hike is intended to increase income and consumption, and prop up the economic growth under Moon's signature income-driven growth policy.

"The decision reflects the consensus for the need to flexibly respond to (the current economic) situation," Park told a press briefing in the administrative capital of Sejong.

"The Korean economy faces headwinds. In the process to pursue an economic and social goal that we are seeking to achieve, the current situation desperately needs an adjustment of pace or direction," he said.

The Friday decision is expected to invite strong protest from the labor sector, which has pressed for the need to keep Moon's election pledge.

"A minimum wage debacle has occurred," the Federation of Korean Trade Unions, a major umbrella labor group, said in a statement.

The group said Moon's pledge to build a society that cares about workers and to increase the minimum wage to 10,000 won has become a "hollow slogan."

"If things go this way, it will be difficult to keep the 10,000 won promise even during Moon's five-year term," it said.

The labor sector, which once vehemently supported the Moon government, has turned its back, claiming Moon is not keeping his labor-friendly election pledges. The wage decision may further strain the government's relationship with labor.

The business circle expressed regret that the minimum wage was not frozen, calling the decision an "inevitable choice" to ease side effects of a potential steep raise.

"We hope the wage decision could help prop up the economy and lessen difficulties facing smaller firms and merchants," business representatives said in a statement.

The labor and business sectors held tough wage negotiations this year as they previously did.

Initially, the labor sector proposed 10,000 won for next year, which represents a 19.8 percent increase from this year's minimum wage.

It was the first time that the business circle demanded a cut in the minimum wage since 2009, when it proposed a 5.8 percent decrease to cope with the global financial crisis.

The labor community said it will file a complaint with the labor minister against the wage decision before the government makes a public notice on the minimum wage on Aug. 5.

If either labor or business takes issue with a wage decision, the labor minister can ask the panel to re-deliberate on it when the policymaker sees reasonable grounds for review. There have been no cases of reviews so far.