Regions of Kazakhstan intensify cooperation with the Netherlands 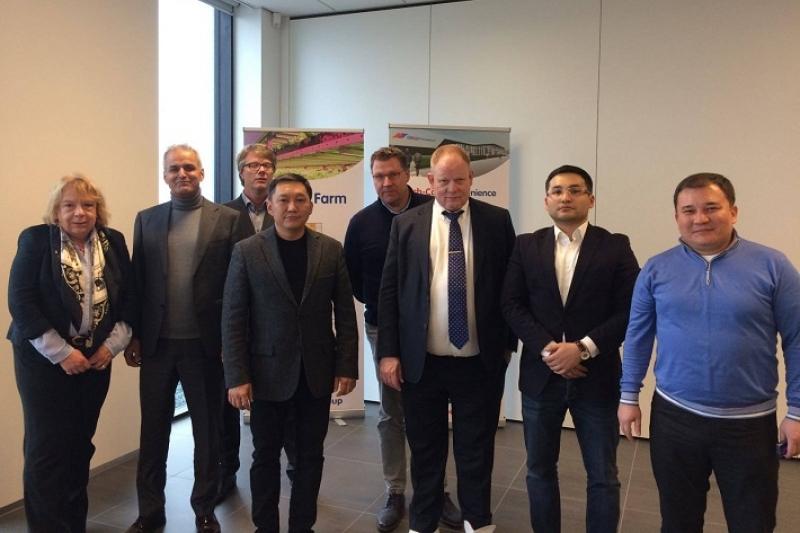 AMSTERDAM. KAZINFORM - The delegation of West Kazakhstan region headed by the Deputy Mayor of the region Igor Steksov visited the Netherlands to take part in the 45th Meeting of the Joint Operating Committee of Karachaganak Petroleum Operating B.V. hosted by Royal Dutch Shell plc. in November 8-10, 2017 in Amsterdam., Kazinform has learnt from the Dutch Embassy in Astana.

In addition to the JOC Meeting, the Embassy of the Republic of Kazakhstan in the Netherlands arranged the visit to the facilities of the Dutch companies in logistics, marine construction, water management and agriculture.

The delegation of the West Kazakhstan visited one of the factories of "StaayFoodGroup" in Dronten. The company is specialized in producing fresh food products. The vertical farming system of "StaayFoodGroup" uses "Philips" LED lamps, extremely effective in growing crops, does not depend on local climate conditions, excludes the use of pesticides, and reduces water consumption by 90%. The factory in Dronten specializes in the production of ready-made salads for large European supermarkets; its annual turnover exceeds 120 mln euro.

The representatives of the West Kazakhstan region held useful meeting with the leadership of "Van Oord", world's leading contractor for dredging and marine construction. The company operates in more than 50 countries and has implemented several large-scale projects in the Caspian Sea. Since 2014, "Van Oord" has been involved in the construction in the Northern part of Caspian Sea, near Prorva field of a 71 km long navigable canal.

With the assistance of "Van Oord", Kazakhstan delegation was acquainted with the activity of the largest European hub - Port of Rotterdam. Being "Gateway to Europe", the Port of Rotterdam receives annually more than 450 million tons of cargo.

The Kazakhstan delegation also visited one of the water cleaning facilities of the Municipality of Amsterdam. The plant uses a filter (1-STEP®) developed by the Dutch companies "Witteveen + Bos" and "Cabot Norit" in collaboration with Delft University of Technology. Since 2012, filtration system1-STEP® has been successfully used for wastewater treatment and drinking water supply for 120,000 inhabitants in one of the districts of Amsterdam. The unique energy-efficient and economical filter works based on granular activated carbon, excellently removes suspended solids, nitrogen, phosphorus, and micro pollutants.

During the visit the West Kazakhstan delegation held a number of productive negotiations, discussed prospects and possible ways of cooperation with the Dutch companies.