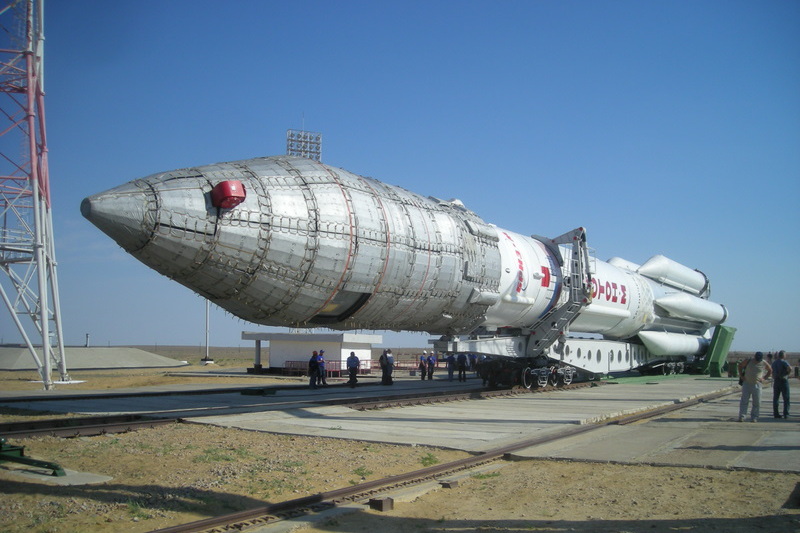 MOSCOW. KAZINFORM Russia's Proton-M carrier rocket with Yamal-601 communications satellite will be rolled out on a launch pad at the Baikonur Cosmodrome on May 27, a source in the Russian space industry told TASS on Monday.

"A commission at the Baikonur space center made a decision to roll out the Proton-M carrier rocket with Yamal-601 satellite to the launch pad on May 27," the source said, TASS reports.

Gazprom Space Systems, which is the Russian communications satellite operator, announced to TASS earlier that the launch of the Yamal-601 satellite, which had been delivered to the Baikonur Cosmodrome on April 27, was scheduled for May 30 at 20:42 Moscow time.

The Yamal-601 satellite has been made on order from Gazprom Space Systems at the Reshetnev Information Satellite Systems using components supplied by Thales Alenia Space.

The Yamal-601 is intended for the planned replacement of the Yamal-202 satellite. The multi-beam service zone in the Ka-band will cover the most populated part of the territory of Russia visible from the position of 49 degrees east longitude where the satellite will be located (the European part of Russia, including the Kaliningrad Region, the Urals and West Siberia).

The Yamal-601 satellite in the C-band will form a fixed beam with a contour diagram and a semi-global service area that will cover the visible part of the territory of Russia, the CIS countries, Europe, the Middle East and part of Southeast Asia.

The Yamal-601 satellite has been insured to the sum of 301 million euros in ruble equivalent by SOGAZ insurer.