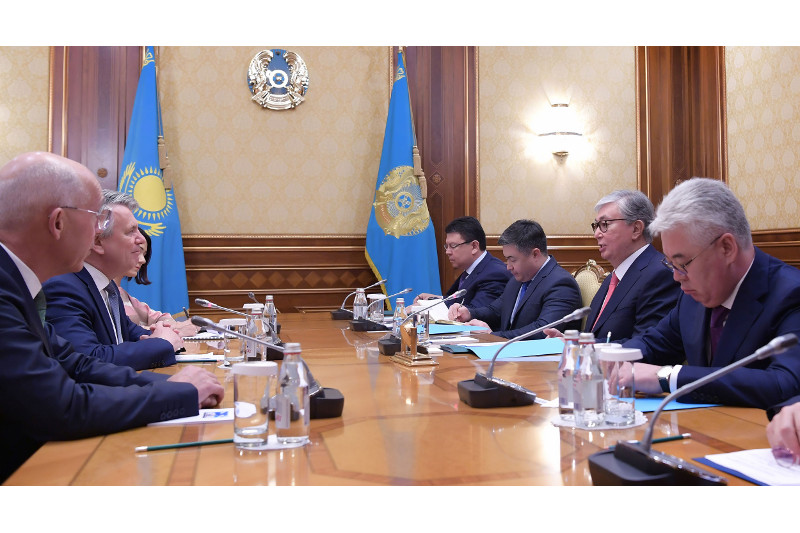 During the meeting, the Head of State was briefed on the projects in the sphere of energy and petroleum chemistry implemented by the transnational company.

President Tokayev welcomed the fact that Shell is an active part of such massive projects as Kashagan, Karachaganak, CPC. He also expressed hope that Shell's participation in the Foreign Investors' Council will have a positive impact on the cooperation with Kazakhstan.

He went on by adding that Royal Dutch Shell is keen to continue mutually profitable partnership with Kazakhstan.