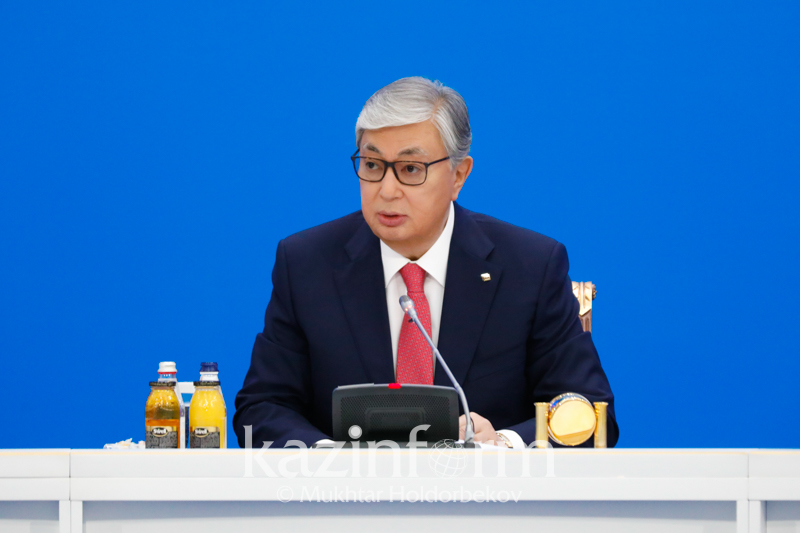 NUR-SULTAN. KAZINFORM - President of Kazakhstan Kassym-Jomart Tokayev named global challenges the economic system is facing today at the meeting of the Foreign Investors' Council in the Kazakh capital on Thursday, Kazinform reports.

In his remarks at the 32nd plenary session of the FIC, President Tokayev noted that the global economic growth forecasts are getting worse. Based on the OECD report, last year the total amount of foreign direct investment in the world sank by 27% to $1.1 trillion.

However, according to Tokayev, Kazakhstan managed to preserve consistent inflow of foreign investment.

"Last year, the total amount of foreign investment made $24.3 billion and grew by 16% compared to 2017. It all became possible thanks to our productive efforts and joint work," the President said.

The Head of State also pointed to a number of challenges the world is facing today. Those are transformation of the global labor market, human capital development, education and transfer of knowledge and skills in light of the 4th industrial revolution.