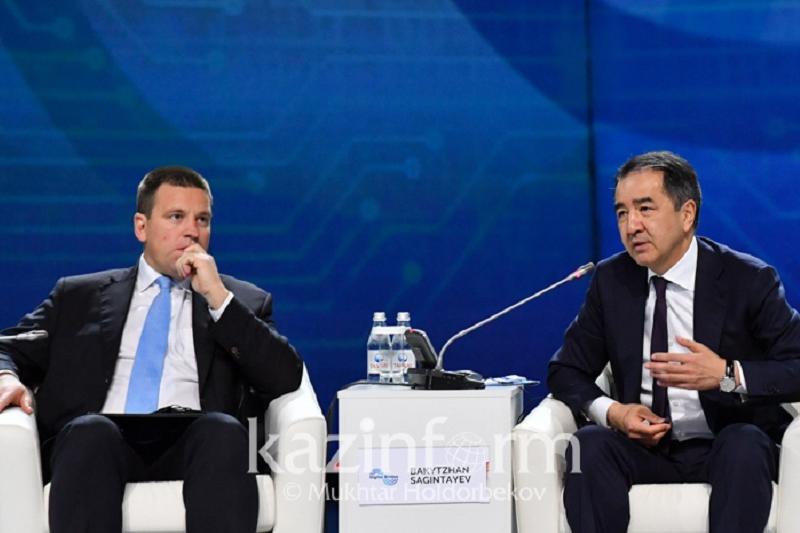 ASTANA. KAZINFORM - Prime Minister of the Republic of Kazakhstan Bakytzhan Sagintayev told foreign guests how the Digital Kazakhstan government-sanctioned program is being implemented in the country, Kazinform correspondent reports.

"Definitely, Kazakhstan is presently focused only on the digital agenda, and the Government is mainly aimed at implementing the program that was adopted the very same day the year before. Prior to adopting such a program, 10 years ago, we launched the program for the transition of public services to digital format. As time passes, we begin realizing that we should move beyond the confines of the provision of public services," Bakytzhan Sagintayev told the Digital Bridge International Innovation Forum underway in Astana.

The head of Government recalled the words of President of the Republic of Kazakhstan Nursultan Nazarbayev that the digitalization is not only about one sector but the development of the entire economy of Kazakhstan as a whole.

Meanwhile, the head of the Kazakh Government mentioned the country's business achievements, recalling that Kazakhstan ranks 28th in terms of ease of doing business according to the World Bank Group's Doing Business 2019 report.

Besides, another area of work is manpower training. According to Bakytzhan Sagintayev, retraining of specialists, shaping permanent skills for new directions falls on the shoulders of the government. 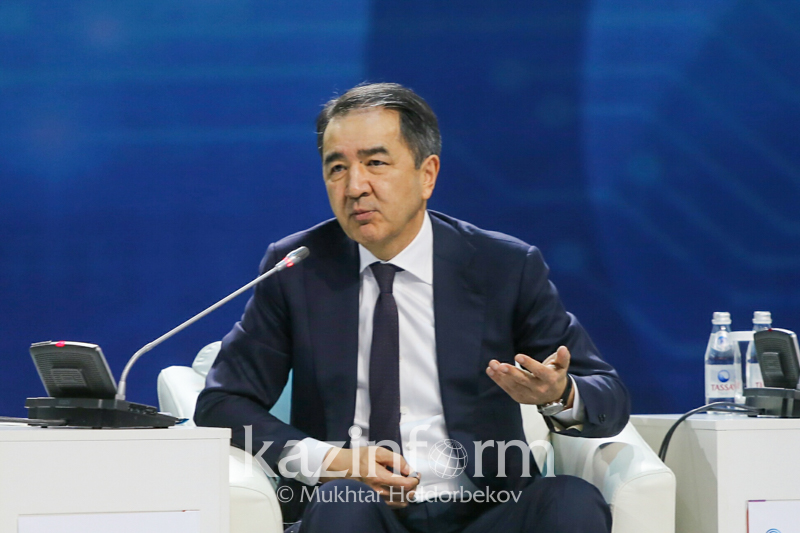 The Head of the Government also said that the opening of Astana Hub Technological Park of IT Startups is one of the business opportunities.

"We also have changed our legislation, and there is an opportunity to work with us in Astana, not only for residents of Kazakhstan but also for foreign companies that are willing to participate and use the opportunities of this territory. We have eased work visa rules, gave tax inducements, provided grant support, and housing so that they could create here their own products, which will be in demand in various markets. Therefore, the program is just starting. For now, the entire country is involved in the implementation of the elements of this program. I think that as early as at the next digital forum we can talk about success," he concluded.