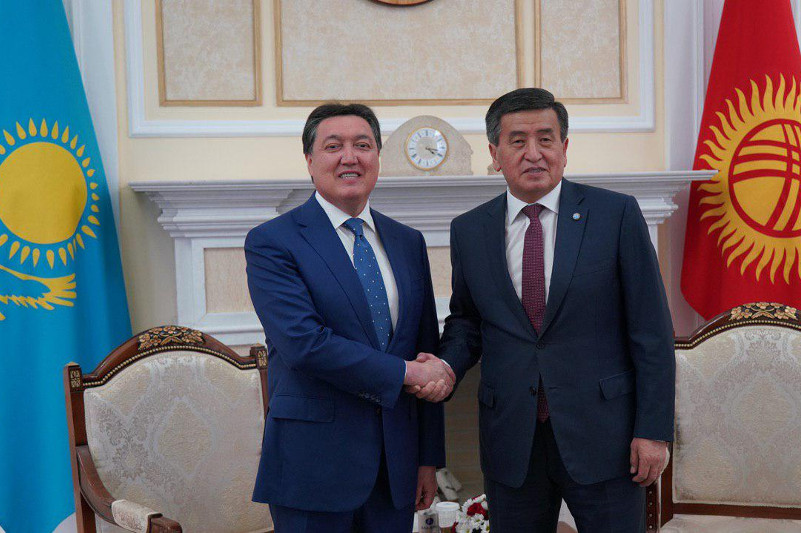 NUR-SULTAN. KAZINFORM Prime Minister Askar Mamin has met today with President of the Kyrgyz Republic Sooronbay Zheenbekov. The sides discussed the acute issues of the bilateral trade and economic and investment cooperation.

In Bishkek, the Kazakh PM participated in the VIII session of the Kazakhstan-Kyrgyzstan Intergovernmental Council, Kazinform learnt from primeminister.kz.

The sides exchanged views on the topical issues of the bilateral interaction and defined promising areas and joint plans aimed at deepening the trade and economic cooperation. Special attention was given to the development of industrial and investment cooperation, water and energy sector, strengthening of near-border interaction as well as the implementation of joint projects in digitalization and space sphere.

"Kazakhstan is one of the major trade partners of our country. The share of Kazakhstan in Kyrgyzstan's trade turnover exceeds 11% while its share in export is 14%," Head of the Kyrgyz Government Mukhammedkalyi Abylgaziev says.

In 2018, commodity turnover between the two countries rose by 13% and reached $850mn. Presently, both countries' governments are taking measures to raise the bilateral trade to $1bn in 2020.

In turn, Askar Mamin pointed out huge potential in bilateral and regional trade and highlighted the importance of joining the efforts on attraction of investments to the Central Asian region by improving business climate and supporting SMEs.

"We have a great opportunity to unveil the existing potential to significantly increase the trade turnover. The decisions adopted at the session of the Intergovernmental Council will contribute to further deepening of interaction between our countries and will give a serious impetus to the development of the bilateral economic cooperation," said Askar Mamin. 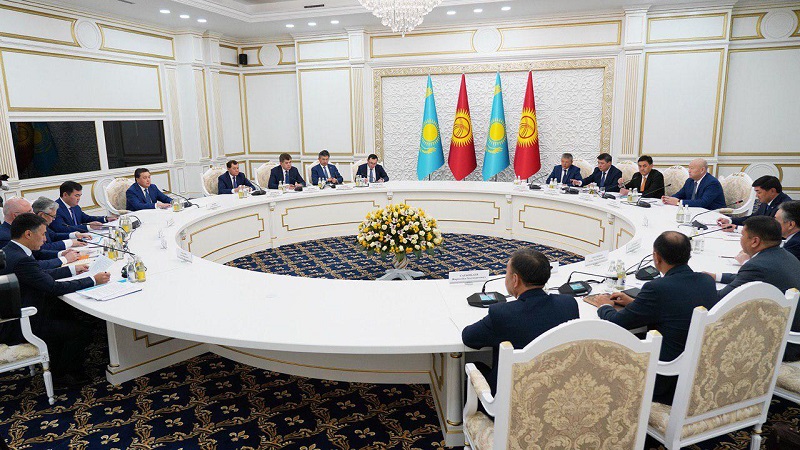 Kazakhstan and Kyrgyzstan pursue the goal of further development of mutually beneficial cooperation. The governmental delegations reached agreements on enhancing the commodity turnover and expanding the list of the goods delivered. Besides, the sides agreed to boost the work on establishment of joint enterprises in priority sectors of economy.