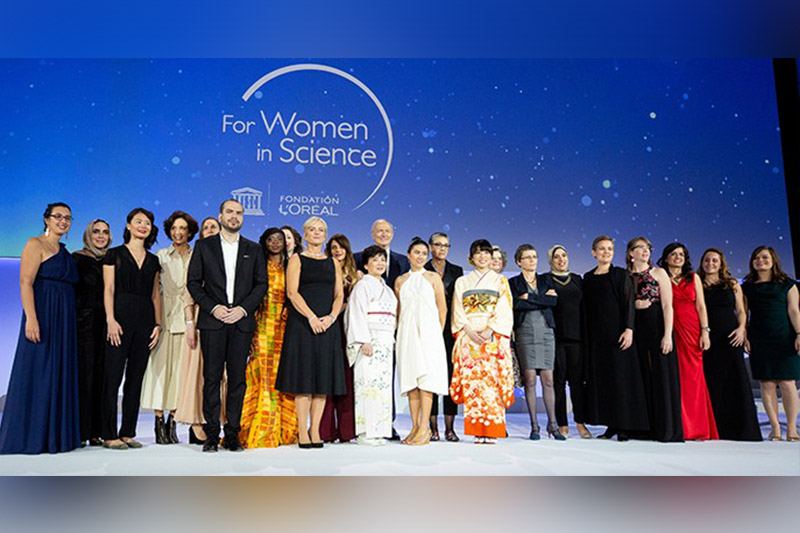 ALMATY. KAZINFORM Scientists from around the world are invited to nominate candidates for the 2020 L'Oreal-UNESCO For Women in Science awards.

The awards will recognize the scientific accomplishments of five outstanding researchers in the Life Sciences, each working in one of the following regions: Africa and the Arab States, Asia-Pacific, Europe, Latin America & North America, the official website of the UNESCO Almaty Cluster Office reads.

Since its creation in 1998, the L'Oreal-UNESCO For Women in Science programme has distinguished 107 eminent women at the height of their scientific careers and supported more than 3,000 promising young women scientists from 117 countries through doctoral and postdoctoral prizes. The Awards will be given in March 2020 in Paris to the five women selected by an international jury for their outstanding contribution to scientific advancement. Each of the awarded Laureates will receive 100,000 Euro.

The candidate must:
• Be recognized for her scientific excellence among the international scientific community
• Be actively involved in scientific research
• Be involved in any field of Life Sciences
• Not be directly or personally involved in the For Women in Science programme, as a jury member or otherwise, in any country.

In order to nominate a candidate, please follow the registration procedure on the For Women in Science platform. From the website, you will be able to upload all the necessary documents in order to submit the nomination. Please note that nomination files must be submitted by midnight on 12 June 2019 (France GMT/UTC+2h). Only completed nominations received through the platform by this deadline will be considered.