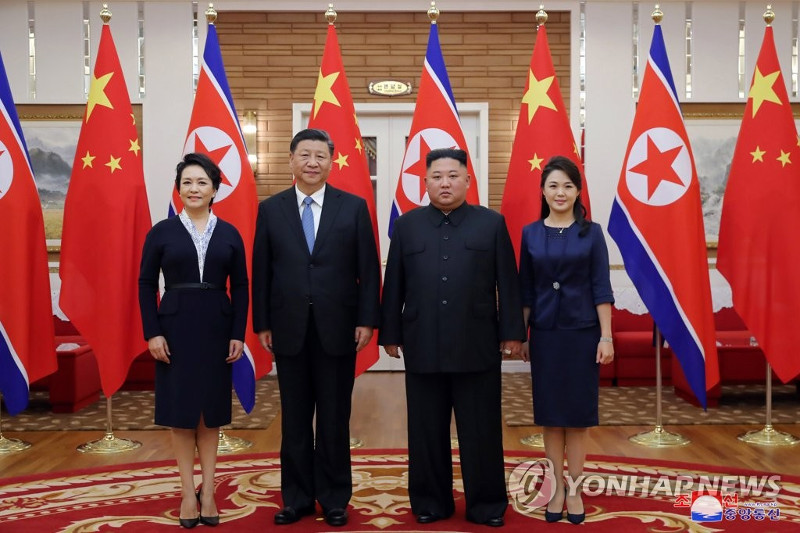 The two countries signed the treaty on July 11, 1961, under which they are obliged to provide military and other assistance to each other, a deal seen as the bedrock of their strong alliance for decades.

"Today's international environment requires the people of North Korea and China to work to advance the North Korea-China relations more greatly in line with the stream of the times," the Rodong Sinmun said in an article. "This is the obligation of the people of the two countries."

"Though things have changed a lot with the passing of the time, it is an unchanged truth that the fate of North Korea and China remains inseparable," it added.

The paper, in particular, credited the 1961 treaty for solidifying their friendly and cooperative ties and safeguarding peace and prosperity of the world.

North Korea has stepped up efforts to consolidate its ties with China amid nuclear talks with the U.S.

North Korean leader Kim Jong-un and Chinese President Xi Jinping have held five summits since last year. Xi made his first-ever trip as head of state to Pyongyang last month for his fifth summit with Kim.