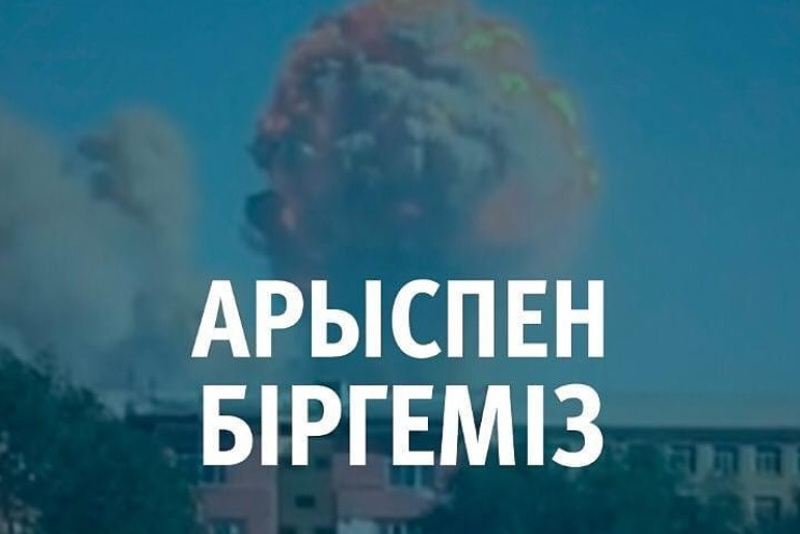 NUR-SULTAN. KAZINFORM - Staff of Kazinform International News Agency will donate two-day salary to those affected by the explosions in the town of Arys in Turkestan region, Kazinform reports.

Earlier it was reported that the blast had rocked the depot at the military unit in Arys at approximately 9:20 am local time.

The working group headed by governor of the region Umirzak Shukeyev was formed.

Head of State Kassym-Jomart Tokayev instructed to take urgent measures to eliminate the consequences of the explosions in Arys. President Tokayev arrived in Arys this evening to survey the situation in the town first-hand. He met with the residents of Arys who had been evacuated and also held the meeting of the emergency response center.

The Arys, Biz Birgemiz campaign to help those affected by the tragedy kicked off countrywide.