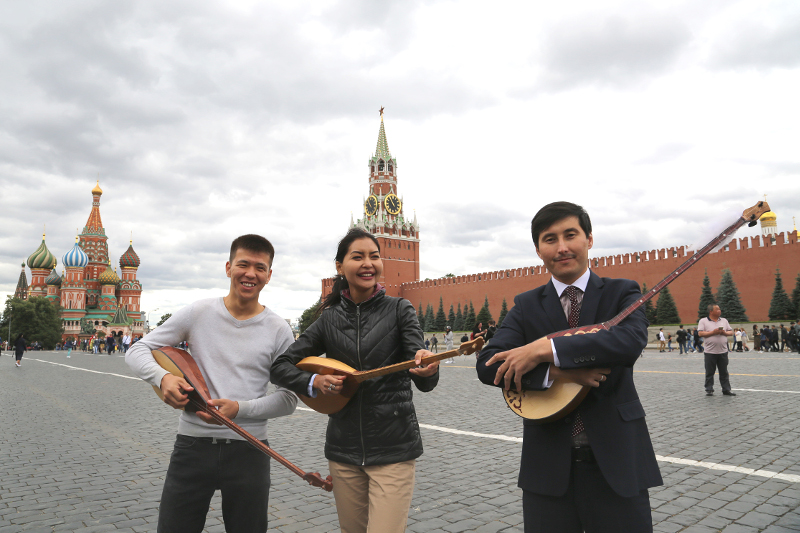 MOSCOW. KAZINFORM Three Kazakhstanis, living in Moscow, played dombra in the Red Square, the official website of the Kazakh Embassy in Russia reads.

As is known, Kazakhstan declared the first Sunday of July as the Dombra Day. This year the country celebrates it for the second time. The sacred Kazakh instrument melodies are heard today around the country today and even abroad.