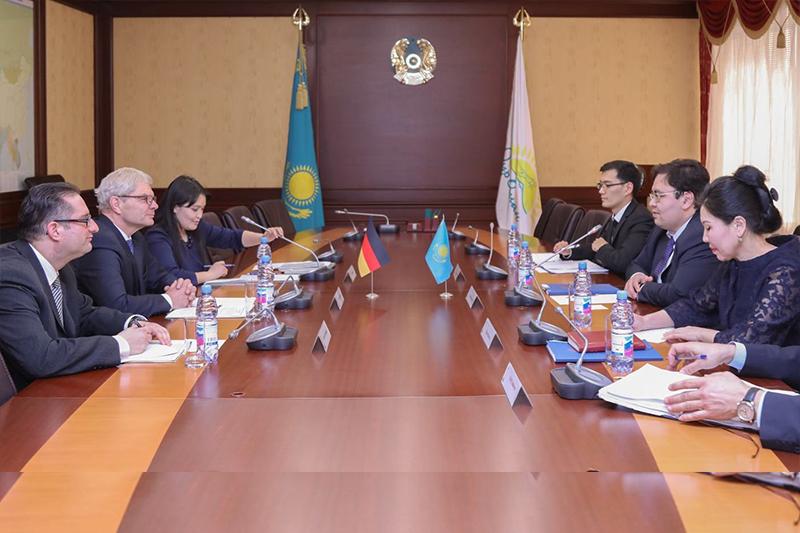 ASTANA. KAZINFORM - On Friday, Vice Minister for Investments and Development of Kazakhstan Arystan Kabikenov held a meeting with Ambassador of Germany to Kazakhstan H.E. Rolf Mafael, Kazinform has learnt from primeminister.kz.

During the meeting, issues of further development of cooperation in the spheres of trade and investment were discussed.

Vice Minister Kabikenov stressed that Germany is one of the strategic partners and a major investor in Kazakhstan. He also noted the positive dynamics of trade between the countries and expressed intention to strengthen trade and economic relations further and expand cooperation in the areas of mutual interest.

Ambassador Mafael, in his turn, noted the improvement of the investment climate in Kazakhstan and said that the German business community will continue to invest into Kazakhstan's economy.

Also, the forthcoming large events to be held this year in Kazakhstan and Germany were discussed at the meeting, and the agreements were reached to hold the 12th meeting of the Intergovernmental Working Group on Trade and Economic Cooperation and the Business Forum.

At the end of the meeting, the sides expressed their gratitude for the conversation and keen interest in further development of relations between Kazakhstan and Germany.