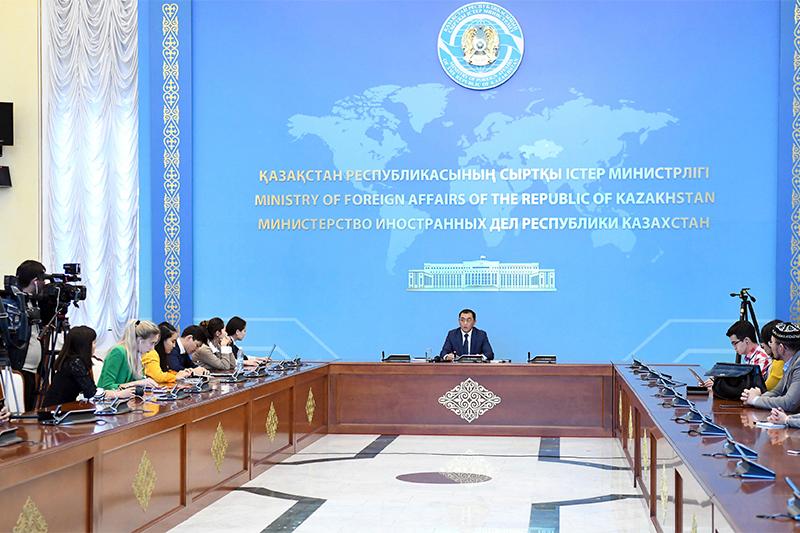 The German Minister of State will hold talks at the Presidential Administration and Majilis of the Parliament of Kazakhstan, head of the Kazakh MFA's press service Aibek Smadiyarov told a briefing.

Niels Annen noted Kazakhstan as a priority of the foreign policy and economic activity of Germany in Central Asia and thanked for supporting Germany's candidature to fill the non-permanent seat on the United Nations Security Council (UNSC) for the period of 2019-2020, Smadiyarov told a briefing.

The sides debated prospects for bilateral trade and economic cooperation highlighting progressive rise in turnover between Kazakhstan and Germany that reached USD 4.9 billion in 2017.

The parties also agreed to support the growing dynamics of development of bilateral ties through working and new institutes of cooperation.