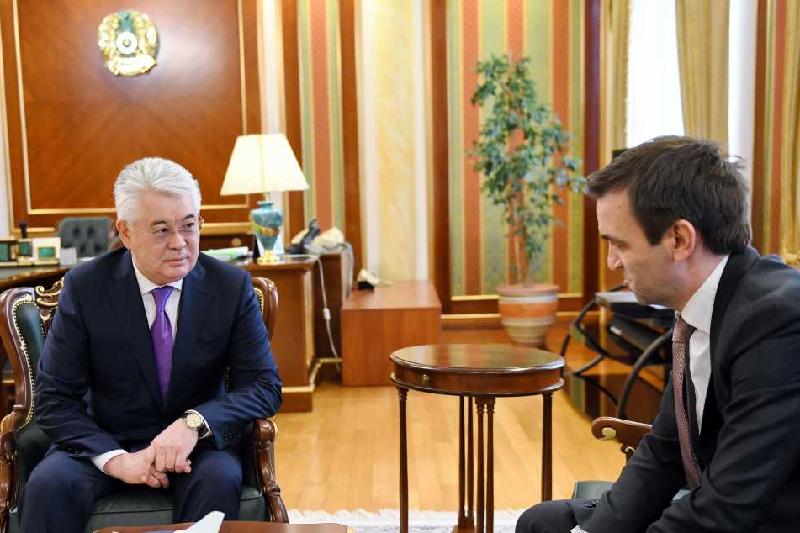 During the meeting, they discussed strengthening cooperation between Kazakhstan and the European Bank for Reconstruction and Development (EBRD), as well as implementation of joint projects within state development programmes, the Kazakh MFA's press service reports.

Taking into account the new functions of the Ministry of Foreign Affairs in attracting investment and promoting exports, interaction between the Foreign Ministry and the EBRD will be strengthened going forward.

The sides discussed the work of the Foreign Investors Council under the President of Kazakhstan and its upcoming meeting, annually attended by EBRD President Suma Chakrabarti. The Bank has assisted in the establishment of the Astana International Financial Centre. The successful implementation of the Big Almaty Ring Road project and the EBRD's contribution to the implementation of other infrastructure projects were also noted. There are currently $362.8 million worth of EBRD projects being implemented in Kazakhstan, aimed at the reconstruction of roads, water management, hydro-reclamation systems in a number of regions.

Established in 1991, the EBRD is an international financial institution, which finances projects in different countries ranging from Central Europe to Central Asia, as well as across the Southern and Eastern Mediterranean. Priorities include promoting local and foreign investment, supporting the financial sector and small and medium-sized businesses, and developing infrastructure through the provision of government loans, loans against government guarantees and no government guarantees. The Bank is also active in such sectors as natural resources, communications, and agribusiness.