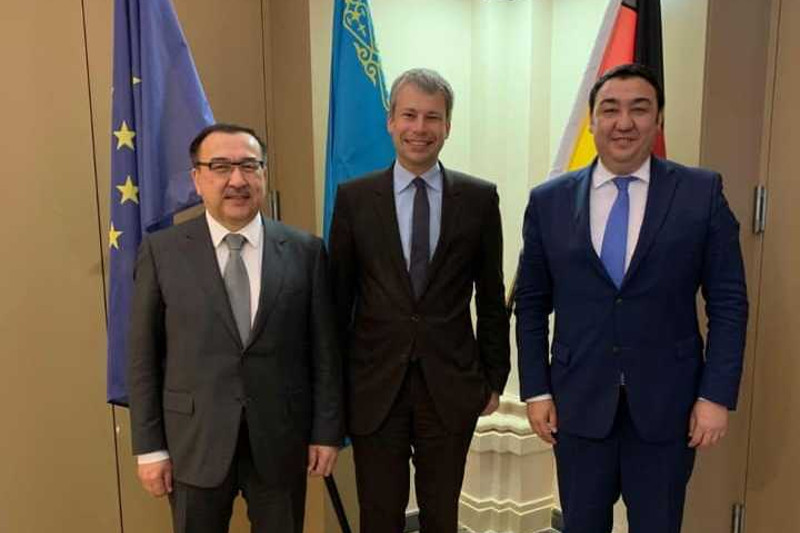 BERLIN. KAZINFORM Upon the invitation of the German Government, a Kazakh delegation consisting of the Head of the Chancellery of the President of Kazakhstan, Nurlan Onzhanov, Deputy Minister of Foreign Affairs of Kazakhstan, Yermek Kosherbayev, and the Ambassador of Kazakhstan to Germany, Bolat Nussupov, took part in the annual Day of German Industry organised by the Federation of German Industries (BDI, Bundesverband der Deutschen Industrie), Kazinform learnt from the MFA press service.

The Day of German Industry is the leading platform for discussing the issues related to global economic development, developments in the world economic structure and trade, competition, investments, and regional development. During the working sessions, participants discussed topics such as innovating development, economic digitalisation, mobility, international scientific cooperation, digitalisation in healthcare, as well as the future of the European Union. Moreover, the conference considered issues related to Brexit, European parliamentary elections, as well as the trade conflict between the USA and China.

The event was attended by about 1500 invited guests, including high-ranking officials, business leaders, and media representatives.
During the official opening ceremony, attendees were greeted by German Federal Chancellor Angela Merkel and BDI President Dieter Kempf. During the plenary session, remarks were delivered by the Federal Minister for Economic Affairs and Energy, Peter Altmaier, the President of Estonia, Kersti Kaljulaid, as well as French Economy and Finance Minister, Bruno Le Maire.

Speaking at the conference, Angela Merkel noted the importance of searching for a novel, unconventional approaches to overcoming modern global challenges. She also underscored the need for removing trade barriers and improving the effectiveness of the World Trade Organization as the main regulator of global trade.

Nurlan Onzhanov held several meetings on the sidelines of the conference with high-ranking representatives of the German economy, including the Executive Director of the German Committee on Eastern European Economic Relations, Michael Harms, and the Chairman of the Committee for Raw Materials Policy of the Federation of German Industry, Hans Joachim Welsch.

During his visit to Berlin Nurlan Onzhanov held meetings with the Parliamentary State Secretary of the German Federal Ministry for Economic Affairs and Energy, Thomas Bareiss, the Political Director of the German Foreign Ministry, Jens Ploetner, parliamentarians of the German Bundestag and members of the Cooperation Group between Germany and Kazakhstan, as well as leaders of German companies interested in strengthening trade and economic investment cooperation with Kazakhstan. During the meetings, the parties discussed ways to improve the investment climate in Kazakhstan, attract German investments and high technologies to the Kazakh economy, and create joint ventures for innovating projects in various spheres.

Nurlan Onzhanov also participated in the Day of German Economy organised by the Christian Democratic Union (CDU). During the event, he met with CDU party leadership, the heads of federal government bodies and German businesses, as well as the leaders of Germany's federal lands.

The Federal Union of German Industry (BDI) is the leading organization for 40 industry associations and more than 100 thousand companies, which employ about 8 million people. BDI represents the political and economic interests of German companies in Germany and abroad. 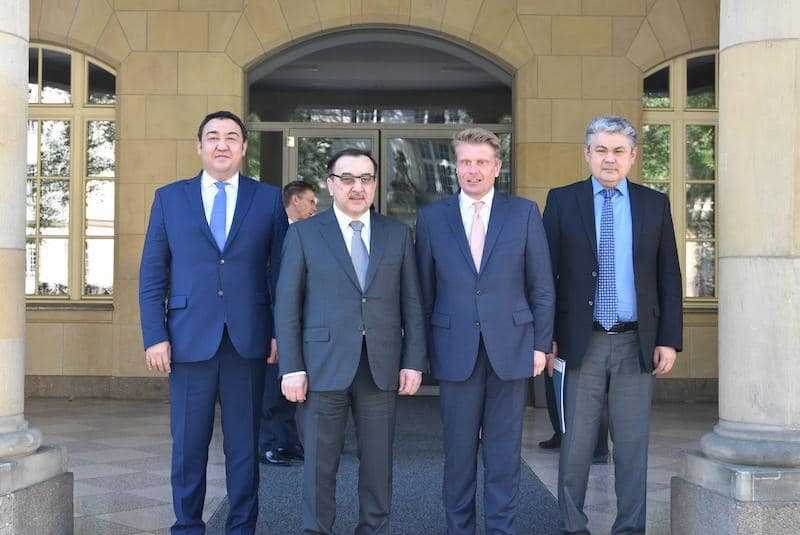