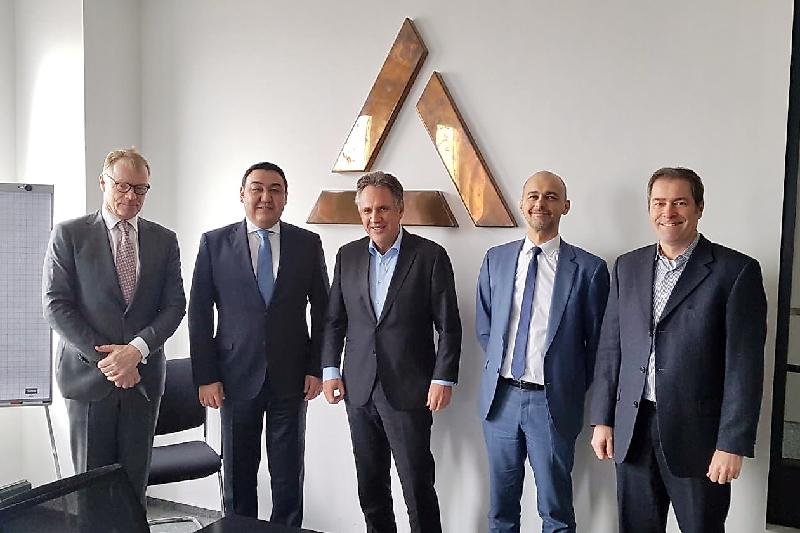 HAMBURG. KAZINFORM - With the organizational support of the Federal Association of the German Silk Road Initiative (BVDSI) and in cooperation with the Hamburg Chamber of Commerce and the Embassy of Kazakhstan in Germany, the largest port city of Germany hosted the Day of Economy of Kazakhstan and the Business Forum titled "New Silk Road: Kazakhstan as a Central Economic Space", Kazinform has learnt from the Kazakh MFA's press service.

The event, which included a panel discussion and a lively exchange of views about the importance of Kazakhstan as an economic and logistics hub in the framework of integration processes on the Eurasian continent, was attended by Ambassador of Kazakhstan to Germany Bolat Nussupov, Speaker of the BVDSI Board Hans von Helldorff, Honorary Consul of Kazakhstan in Hamburg Johann Killinger, as well as representatives of small and medium-sized enterprises in Germany.

During the forum, presentations on topics including "Modern political and economic role of Asia", "Kazakhstan as an economic bridge between Russia, the European Union and Asia", as well as "Kazakh and Chinese construction megaprojects" were made by Professor of the University of Applied Science of Zürich Karl Pilny, Chief Analyst of consulting company SOLVECON INVEST Folker Hellmeyer and the famous German architect Volkwin Marg. Meanwhile, delegate of KTZ Express Alen Jangozin presented the construction project of a glass factory, which is implemented in the framework of the Belt and Road Initiative.

The main focus of the discussions was on the prospects of increasing economic, investment, transport, transit and logistics cooperation between Kazakhstan and all countries along the Silk Road, as well as further strengthening cooperation between Kazakhstan and the European Union.
On the margins of the Forum in Hamburg, the Ambassador of Kazakhstan met with the Chairman of the Board of the largest copper producer in Europe, Aurubis AG, Jürgen Schachler and Vice President Christophe Koenig, the leadership of logistics company BUSS Group, the largest railway operator Deutsche Bahn, as well as representatives of SMEs of Germany. As a result of the meetings, the sides confirmed their mutual interest to intensify investment, transport and logistics cooperation with optimal access to specific projects.