The central feature is reconstructed exhibits of the Golden Man of the Shilikti burial mound. Besides, the exhibition showcases artifacts of the 1st millennium BC found during archaeological excavations of the Berel burial mounds in East Kazakhstan. There are also reconstructed horse and caparison, numerous decorations, swords and daggers, busts of ancient people and tools. 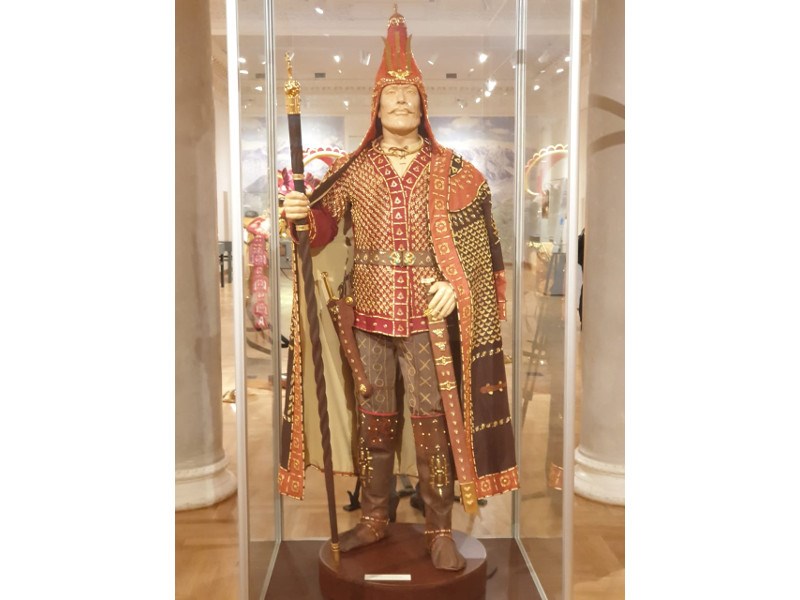 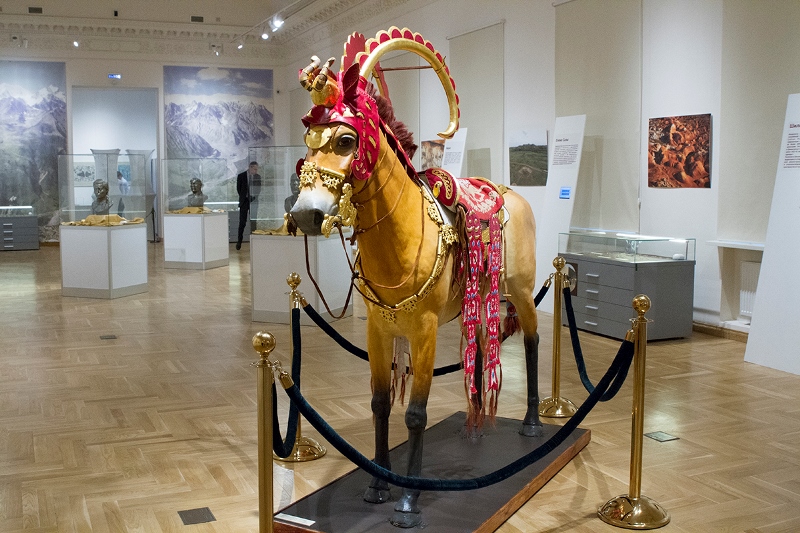 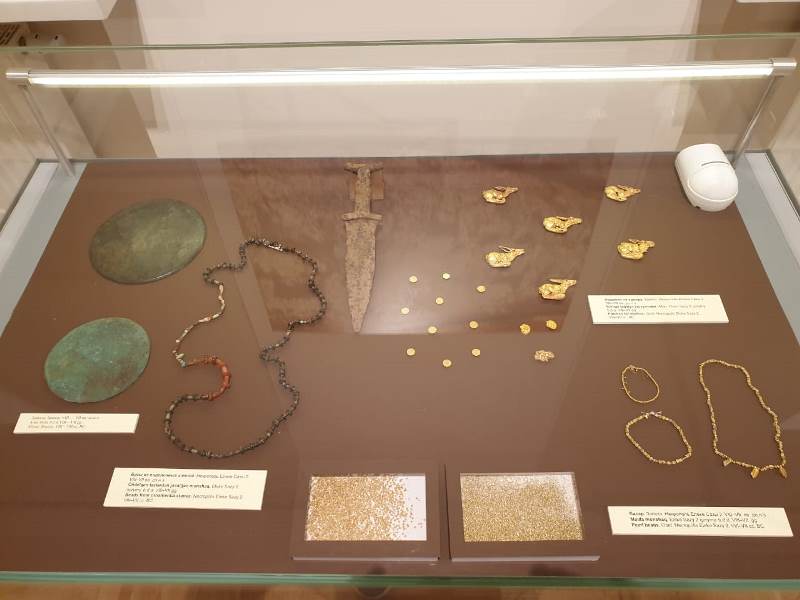 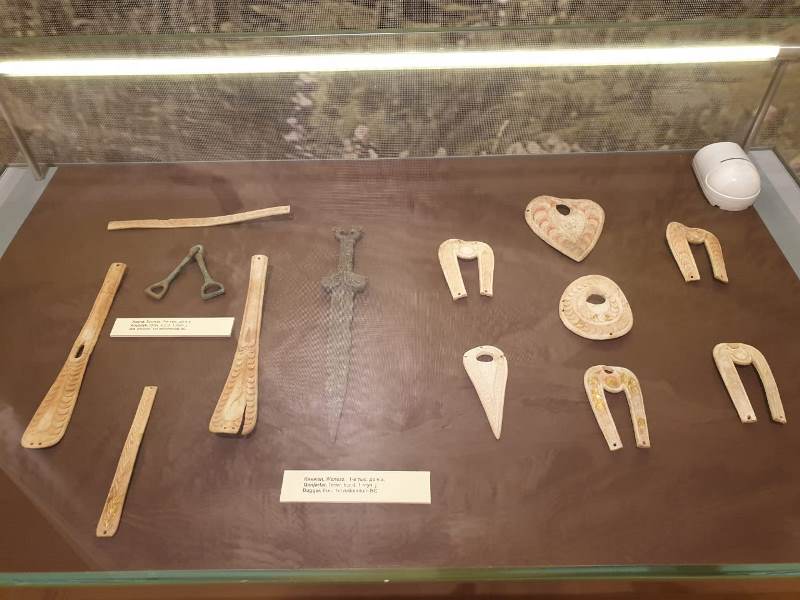 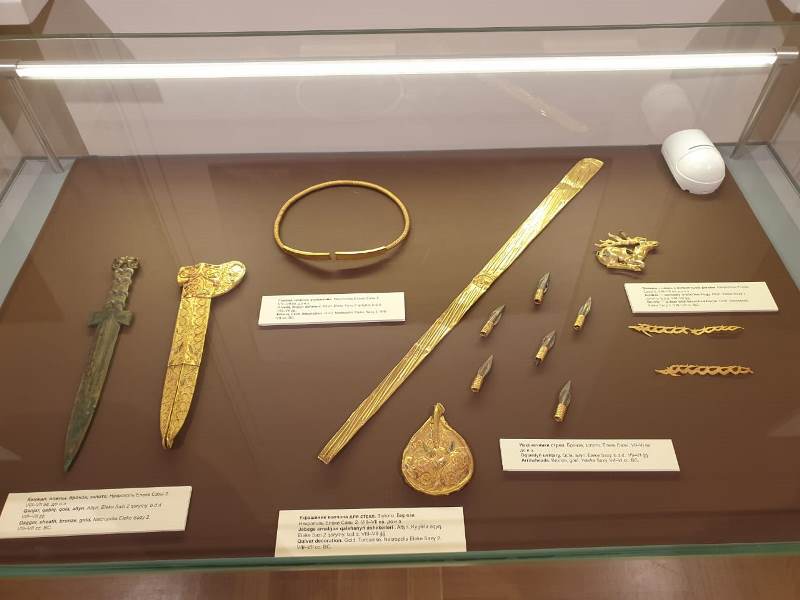 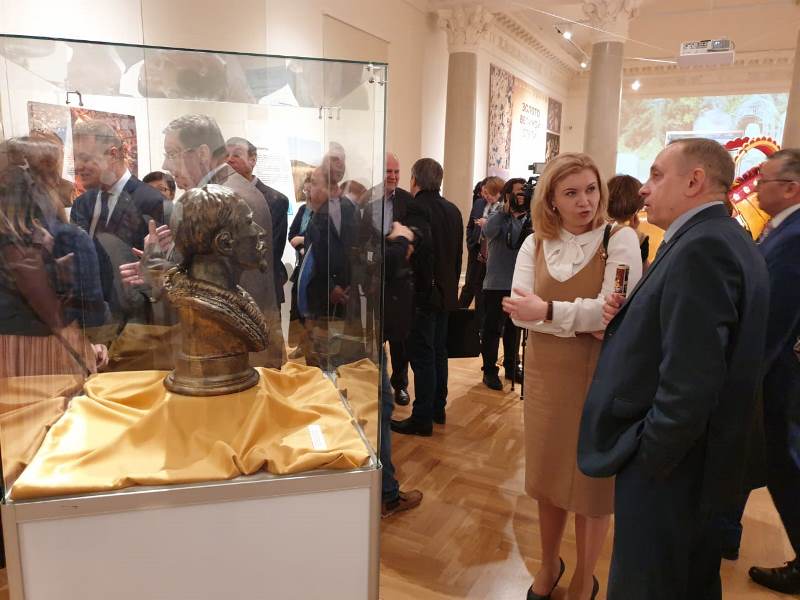 Opening the exhibition, Ambassador Extraordinary and Plenipotentiary of the Republic of Kazakhstan to the Russian Federation Imangali Tasmagambetov noted that the exhibition reflects the richest historical and cultural layer which had been formed in Kazakhstan over thousands of years.

"It is of global archaeological and cultural value. The exhibition is dedicated to artifacts found in the Berel burial mounds located near the spurs of the Altai Mountains in East Kazakhstan region," the head of the diplomatic mission emphasized. 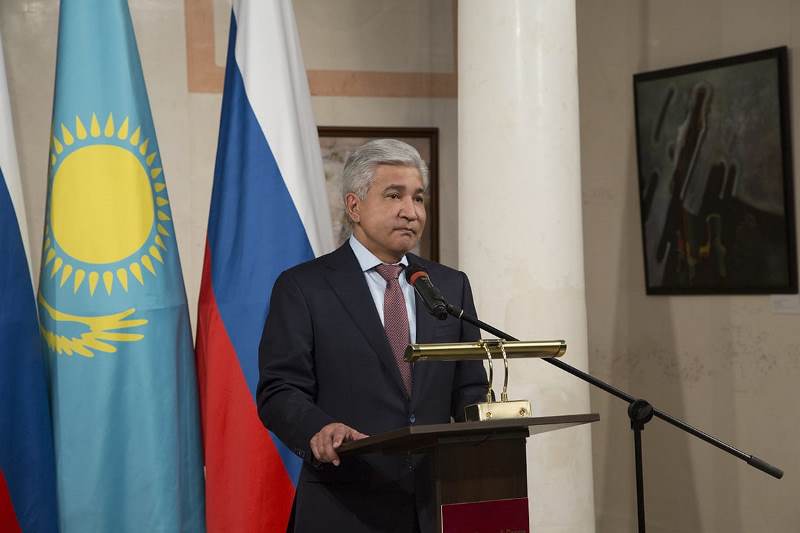 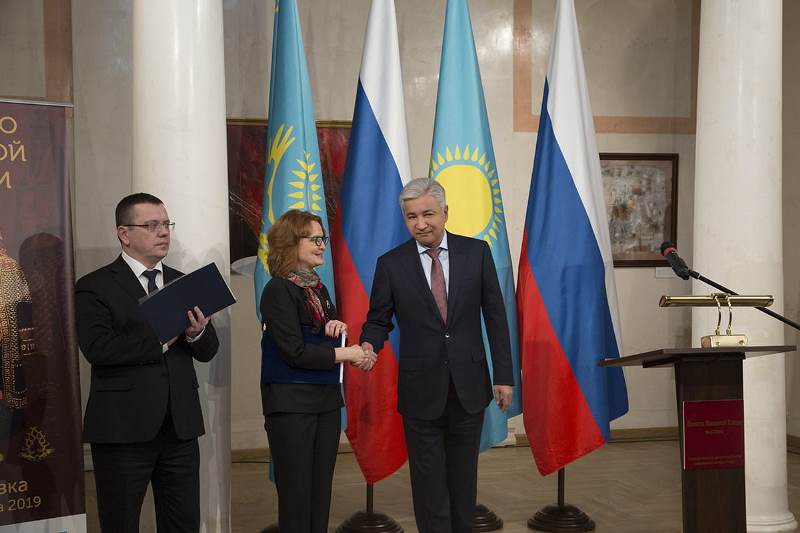 The diplomat recalled the words of the Head of State, Nursultan Nazarbayev, in "Seven Facets of the Great Steppe" Article that "Altai is of great importance for the history of the Kazakhs and other peoples of Eurasia. (...) It was here, in the middle of the 1st millennium, where the Turkic world was born, and a new milestone was reached in the Great Steppe."

Director of the Department of Museums of the Russian Ministry of Culture Vladislav Kononov read out a greeting from Minister Vladimir Medinsky. He expressed confidence that the exhibition will not only be popular among professional historians and researchers but will also serve as a visual encyclopedia for young visitors - schoolchildren and students, will tell them about the processes that took place in Eurasia more than 2.5 thousand years ago. 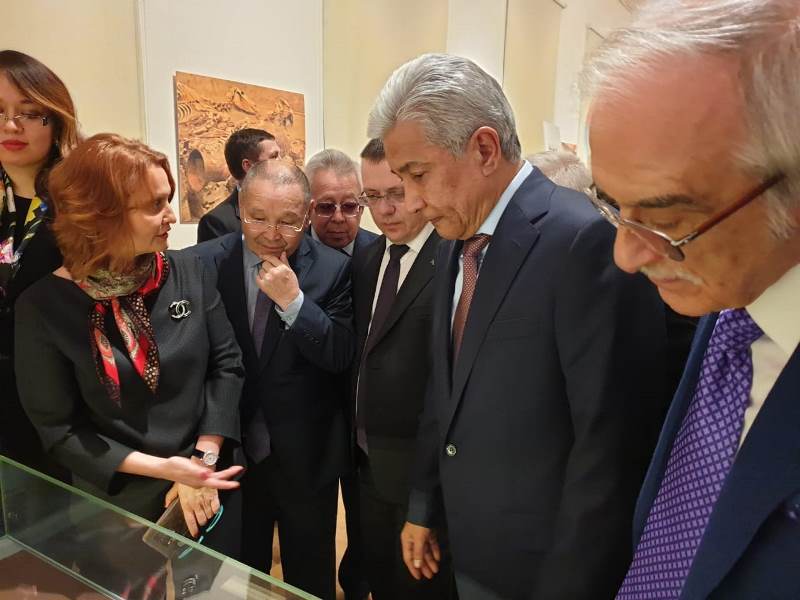 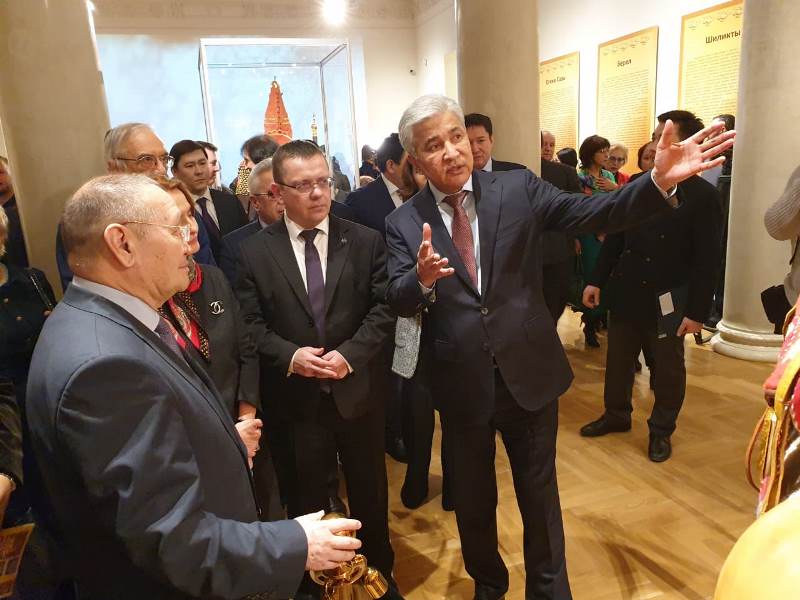 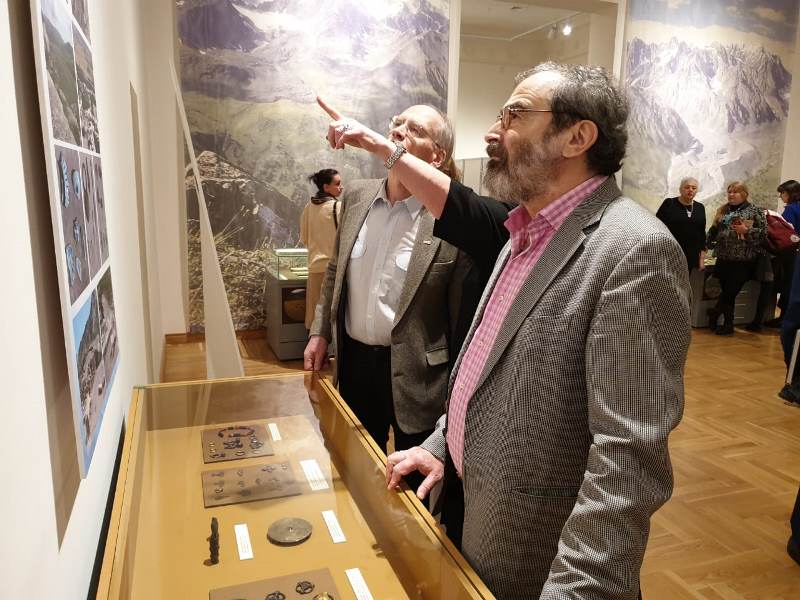 Irina Velikanova, Head of the State Central Museum of Contemporary History of Russia, drew attention to the fact that it is in the year marking the 100th Anniversary of Russian academic archeology when the museum became a platform for such a large-scale exhibition, which for the first time showcases unique artifacts of the Great Steppe's material culture for the Russian public. "This demonstrates the level of the development of Kazakhstan's contemporary archeology," she said.

During the exhibition, Kazakh archeologists Zeinolla Samashev and Abdesh Toleubayev told that the found Golden Man was a high-status man, who was about 17-18 years old. The artifacts that date back to the 8th-7th centuries BC also include a golden quiver, a dagger, a torque made of gold. The shoes of the Golden Man were trimmed with small golden beads.

"The peculiarity of the golden items found in the Shilikti burial mound is that they were made by the casting method typical for the early Scythian and early Saka period. The gold jewelries are of high fineness (930-970) and were made by the micro soldering method. High technologies were needed for soldering: soldering irons as small as a needle which were capable of heating up to 1100 degrees Celsius. This proves that there was high development of metallurgy in ancient Kazakhstan," Toleubayev told about the features of the finds.

The exposition was highly appreciated by high-profile scientists and guests. Visitors were able to touch the historical past of Eurasia, discover the centuries-old secrets, and feel the powerful energy emanating from the truly sacred sites of East Kazakhstan. 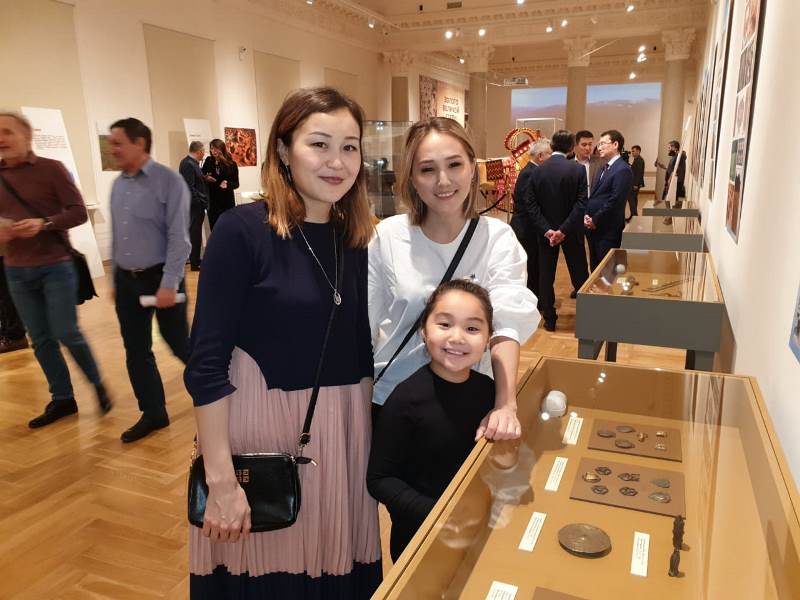 President of the Faculty of History of Moscow State University, Member of the Russian Academy of Sciences Sergey Karpov said that the exhibition is remarkable and thanked the Kazakh colleagues. "The exhibition gives an idea of the very profound and serious traditions of the cultural development of the entire region of East Kazakhstan. The found genuine treasures, very early artifacts show the highest level of culture. It is necessary to get familiar with them, it is necessary to know them," the scientist pointed out. 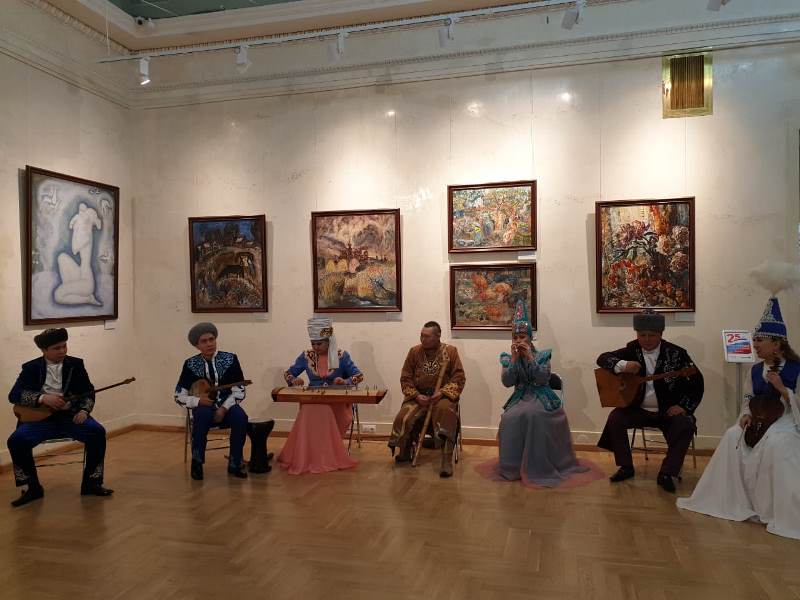 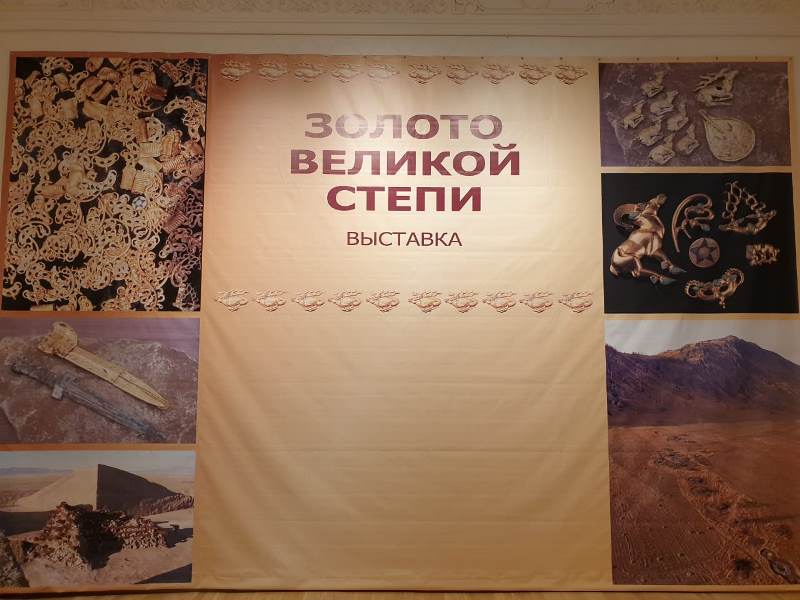