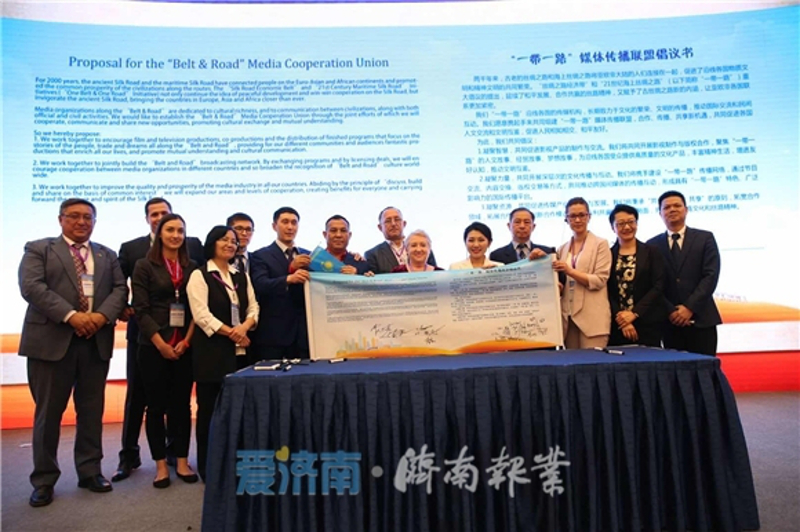 JINAN. KAZINFORM A forum themed around media communication under the Belt and Road Initiative was held in Jinan on May 13 as a part of the fourth Conference on Dialogue of China-Central Asia Cooperation, China Daily reports.

The forum strengthened mutual understanding of Chinese and Central Asian media and provided a platform for deepening exchange among the countries involved in the Belt and Road Initiative, Ma Li, the president of Jinan Daily Group said.

"We hope the media will have a long-term perspective with mutual respect and trust, and make joint efforts to bring constructive voices to the initiative," Ma added.

"This is my third time to visit Jinan," Serik Korzhumbayev, the editor-in-chief of Kazakhstan Industrial Newspaper, noted at the forum.

He said the city has changed a lot with more convenient traffic and a more livable environment.

It proved that the local government has made great efforts in improving people's lives and also reflects the rapid economic development of Jinan.

"As the leader of the Press Corps of the China-Eurasia News Exchange Center, I will make efforts to promote mutual exchange between China and Kazakhstan, and also promote Jinan's culture and history in our country."

Zhi Liang, the director of the Jinan cultural and tourism bureau, detailed the history and culture of Jinan city.

Zhi noted that Jinan is famed as the city of springs. The conference offered a platform for Central Asian countries to get to know the city's spring culture.

She hoped that foreign media agencies can help promote its traditional culture and strengthen mutual understanding.

Confucian culture will be a good window for Central Asian countries to get to know China's traditional culture, said Ding Yong, the chief of CCTV Russian Channel.

At the forum, representatives of China and Central Asian media outlets signed a proposal for Belt and Road media cooperation.