Germany intends to be more actively involved in AIFC 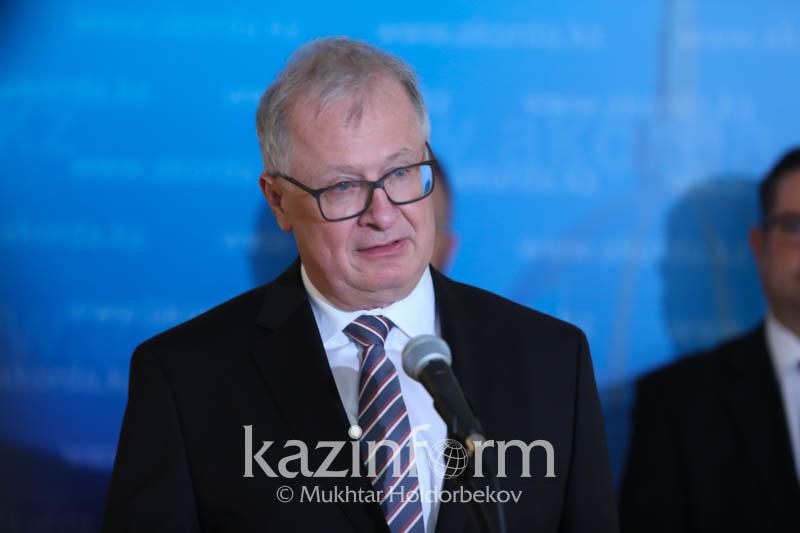 ASTANA. KAZINFORM - Germany is interested in cooperating with Kazakhstan on building a transport hub between Asia and Europe, Ambassador Extraordinary and Plenipotentiary of Germany to the Republic of Kazakhstan Tilo Klinner told reporters at the Akorda presidential residence, Kazinform correspondent reports.

Tilo Klinner said that Kazakhstan has tremendous opportunities thanks to its central location in Eurasia, adding that Germany 'would like to work together to make Kazakhstan a transport hub between East Asia and Europe'.

According to him, the logistics service providers that are already present locally can play a core role in that regard.

"The relations between the countries of Central Asia have fundamentally improved. This will make it possible to further develop markets through Kazakhstan. The same is true for the markets of the Eurasian Economic Union and the European Union that can also be developed through Kazakhstan. It was also with great interest that we noted the signing of the Convention at the Aktau Summit. Germany also wants to more actively participate in the work of the Astana International Financial Centre," the diplomat added.