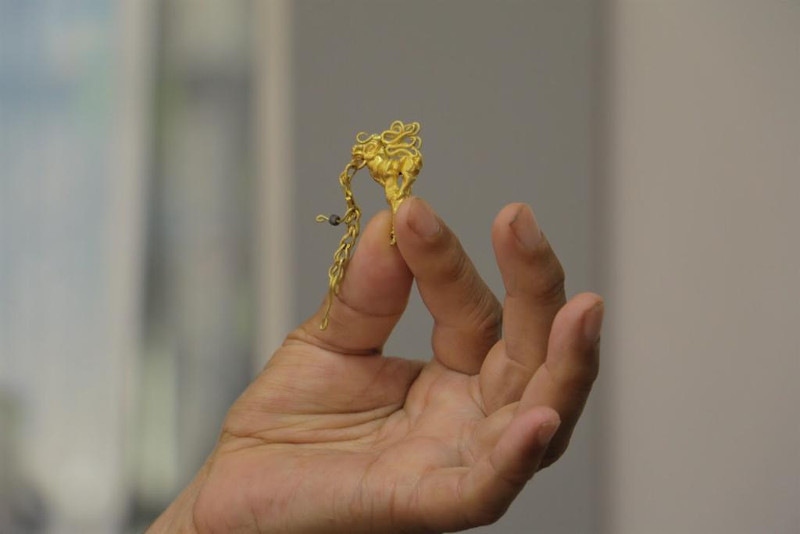 OSKEMEN. KAZINFORM - The only deer figurines in Eurasia, whose horns are woven with gold wires, found at Patsha Burial Mound with a rare ring fence in the Valley of Kings in East Kazakhstan, Kazinform reports.

The second stage of the regional program for the exploration of archaeological sites is underway in the region.

Making a working visit to Tarbagatai district, the governor of the region got familiar with new finds. Large-scale work is underway over an area of 25 km in the valley. Prominent archaeologists Zeinolla Samashev and Abdesh Toleubayev are leading seven teams and an expedition of Al-Farabi Kazakh National University. The first finds of this year were at Patsha Burial Mound with a rare ring fence: unique figurines of deer, the horns of which are woven with gold wires, a large number of golden argali, and beads.

"At the site of Yeleke Sazy, where the remains of the Golden Man were found last year, we, fortunately, also managed to find this year very interesting artifacts. They characterize the culture and the way of life of our ancestors who lived in the 8th century BC. The first steps are very interesting and encouraging. (...) These are only the first finds. The rest will have been discovered roughly by the end of this month, by early August," Zeinolla Samashev noted. 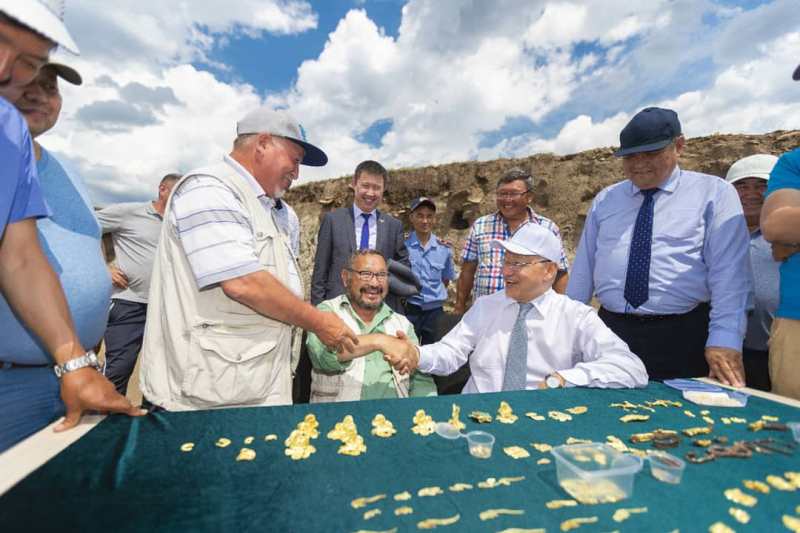 According to Abdesh Toleubayev, Sardar 1, a huge burial chamber, will be uncovered in two weeks. It is worth mentioning that a number of medical instruments, as well as iron knives of the Early Saka period, and armor plates were found during the excavations at the site.

"This is a fresh angle on the history of Kazakhstan, a completely different reading of the history of our people. We see that in the 8th century BC, ancestors had a high level of civilization. They possessed advanced technologies, great knowledge. This reflects the enlightenment of our ancestors. And we should show it to the world. This year we plan to organize the exhibition ‘The Gold of the Great Steppe' in Istanbul. In 2020, we will present it in one of England's most remarkable museums," emphasized Danial Akhmetov, Governor of East Kazakhstan region. 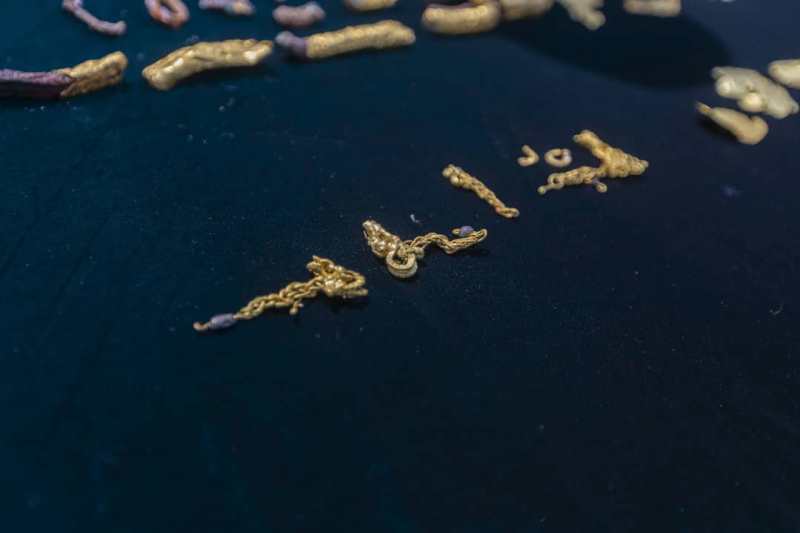 Distinct burial grounds were also excavated there. For instance, there is a grave of a mother and a child buried together. As Danial Akhmetov said, the finding symbolizes a great mother love when a mother protects her child even in the teeth of death.

The second one is the grave of a teenager whose body was fenced with stones in the style of Besik ("a Kazakh cradle"), according to scientists, is related to the Bronze Age culture. And the ceramic jug containing mutton inside belongs to the early Saka period. 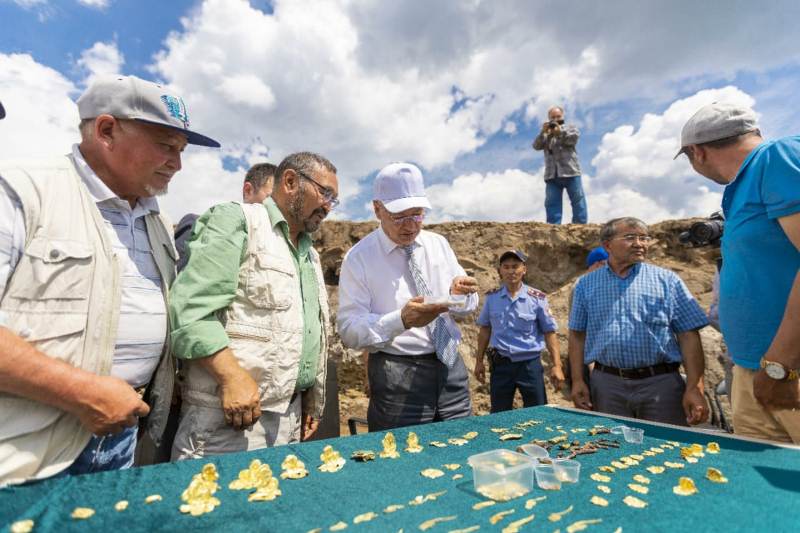 According to the scientists, the third site most likely belongs to the culture of the Wusuns, Kulazhorga. Near the remains of a man, there is a knife, as well as a jug and remains of a sheep.

"In the valley of Yeleke Sazy, there is a continuous line of development from the 8th century BC until the 8th century AD. Of course, after the work is completed, the valley will become the pride of our people. Also, here we are exploring the only Kagan complex in Asia. We know that the Bilge Kagan and Kultegin complexes were discovered in Mongolia. The planigraphy of the unique site found in Yeleke Sazy resembles the above-mentioned ones'. I am deeply convinced that very soon our two remarkable scientists will show the world new Kazakhstan," concluded Danial Akhmetov. 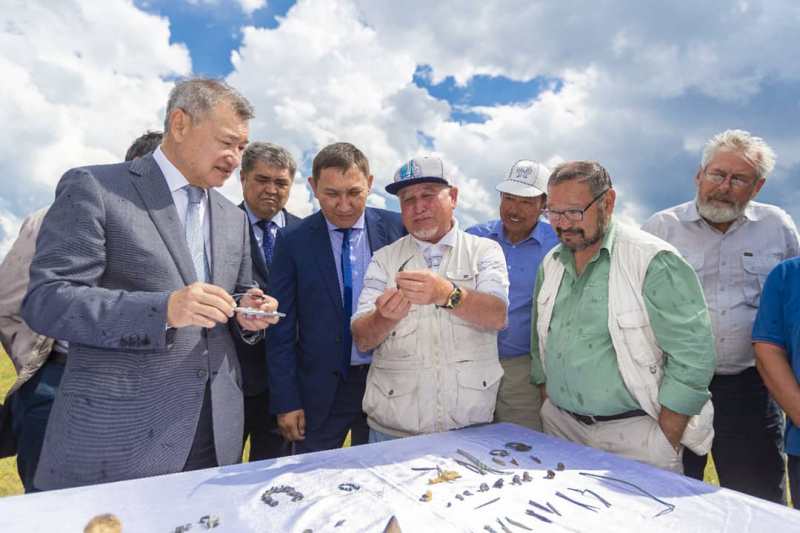 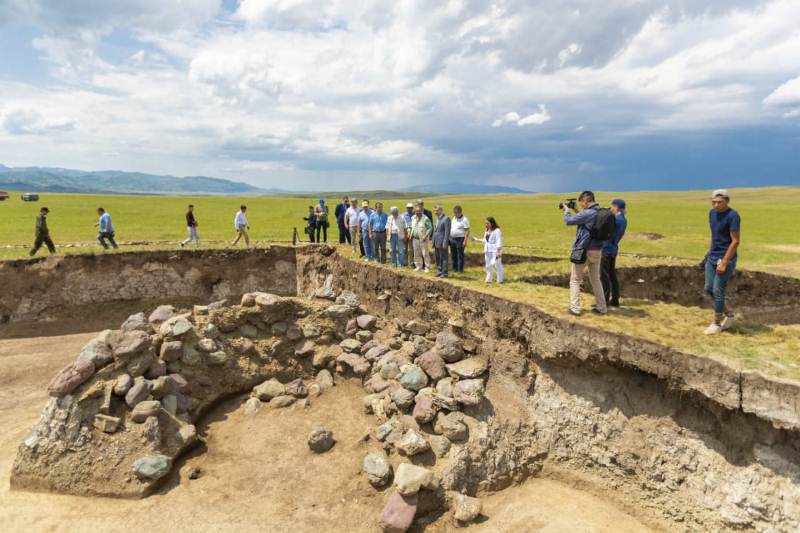