Economic roadmap between Kazakhstan and Germany discussed in Berlin 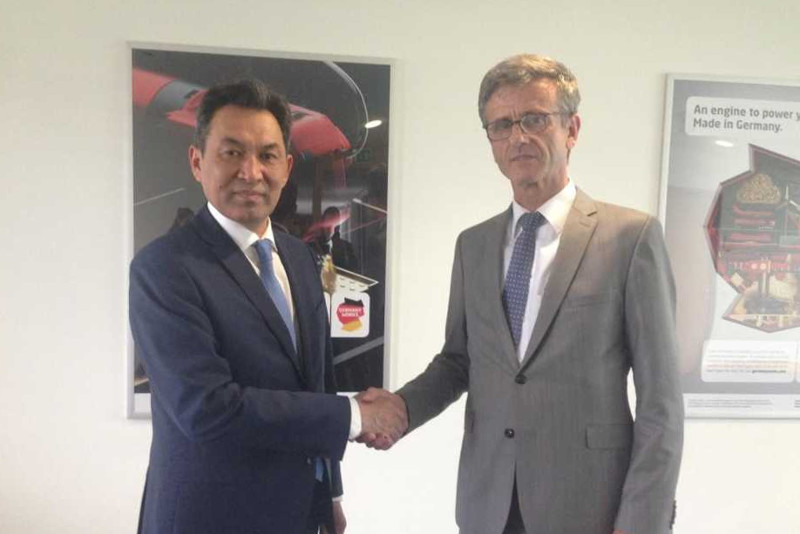 During the meeting, the two sides reviewed the current state of bilateral agreements reached during the IWG meeting on April 11, 2019, in Berlin, as well as prospects for cooperation in the near future. They also discussed the preparation of a draft "Road Map", which systematizes the areas of cooperation between the countries and is aimed at implementing projects in various sectors of the economy. Currently, the Road Map project is under consideration by the parties. Its signing is scheduled before the end of this year.

Eckhard Franz congratulated Ambassador Karipov on the occasion of Kazakhstan's Diplomatic Service Day, which is traditionally celebrated in Kazakhstan on 2 July, giving high marks to our country's foreign policy initiatives. He also spoke in favor of deepening the comprehensive trade and economic cooperation between the countries, taking into account the difficult situation in the international trading system.

During the meeting, the parties discussed upcoming Kazakh-German events. Taking into account the positive results of the meeting of the Berlin Eurasian Club, held on 15 May 2019 in Nur-Sultan with the participation of a representative delegation from Germany, Ambassador Karipov suggested continuing the practice of holding joint activities on economic topics and invited the German side to take part in the next meetings of the Club in October in Brussels and in December in Berlin. The next regular meetings of the Club will be devoted to the economic integration in Central Asia and the attraction of German investments in high-tech projects implemented as part of Kazakhstan's economic digitalization program.