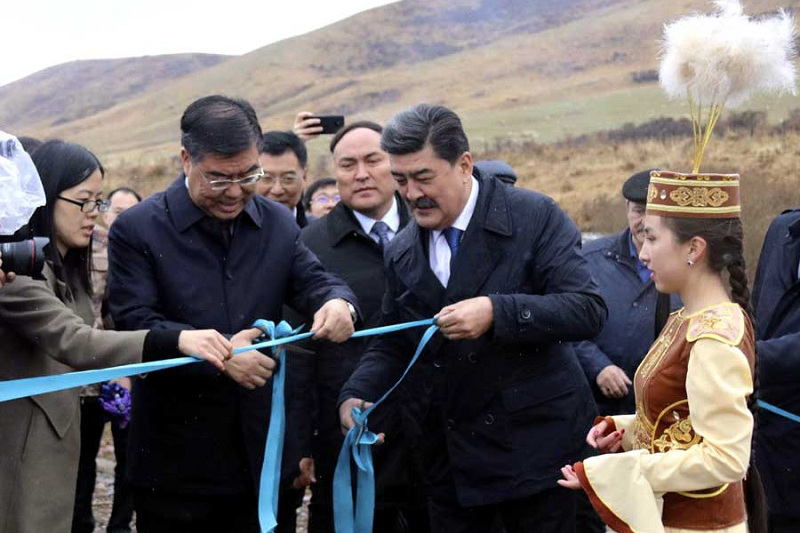 HORGOS. KAZINFORM Two water projects on boundary rivers between China and Kazakhstan are expected to benefit people on both sides, the Ministry of Water Resources said, China Daily reports.

One of them, a joint project renovating a water diversion sluice on the Sumbe River, celebrated its completion on Wednesday, while another one aiming to build a mudslide blocking dam on the Horgos River kicked off on Thursday.

The project on the Sumbe River, a 61-km boundary river, will facilitate water diversion in Kazakhstan, according to the ministry.

In 2008, the two countries jointly built a water diversion sluice on the river for irrigation. After a problem developed on the Kazakhstan side due to sediment accumulation and caused difficulty in water diversion, Kazakhstan proposed to renovate the facility.

In 2012, both sides reached a consensus to launch the project to help Kazakhstan solve the problem while not affecting water diversion on the Chinese side. The project started in December 2017.

Tian Xuebin, vice-minister of water resources, said at the ceremony to celebrate the completion of the project on Wednesday that as the Sino-Kazakh relationship has become a model for ties between neighboring countries involved in the Belt and Road Initiative, the two countries have been carrying out pragmatic cooperation in jointly using and protecting boundary rivers under the mechanism of the China-Kazakhstan Joint Committee on Trans-boundary River Utilization and Protection established in 2001.

Yerlan Nyssanbayev, Kazakhstan's vice-minister of agriculture, said the project is "another landmark achievement" of cooperation concerning border rivers between the two countries, following the first China-Kazakhstan water diversion project on the Horgos River, which was completed in 2013 and irrigates more than 30,000 hectares of farmland in total.

According to China's Ministry of Water Resources, China shares a border of about 1,700 kilometers with Kazakhstan, including a 567-km river boundary.

On Thursday, a groundbreaking ceremony of a mudslide blocking dam project over the Horgos River was held by the two countries in Kazakhstan, which is expected to block about 9.8 million cubic meters of mudslide.

Horgos River, a boundary river between the two, is 148 km long. It has 62 alpine glacial rivers in surrounding areas. Among them, 21 are in China, 39 are in Kazakhstan and two are above their shared rivers, according to China's Ministry of Water Resources.

Tian, the vice-minister, said that overflowing alpine glacial lakes could threaten the lives and property of people along the river, and the dam will help eliminate these risks.

"It is an important project that will benefit people from both countries. In the future, further cooperation on water resources will be carried out to promote the Belt and Road Initiative," he said.

Tian said engineers from both sides should optimize their designs, and that builders should concentrate more on the project's quality and safety to make the mudslide barrier dam an internationally advanced project and a new highlight of China-Kazakhstan cross-border cooperation.