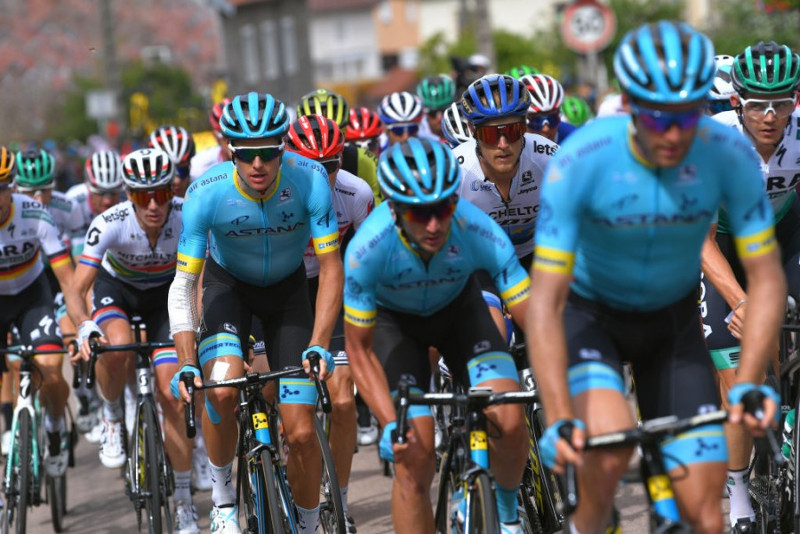 NUR-SULTAN. KAZINFORM - Finishing ninth on the summit finish of La Planche des Belles Filles, Jakob Fuglsang moved into the eleventh place overall after the first mountain stage at the Tour de France. The Dane was part of the group of GC favorites, finishing just behind the remaining riders of the early breakaway. Of this breakaway, Dylan Teuns took the stage win. Giulio Ciccone, who finished second, is the new overall leader, Kazinform has learnt from the club's press service.

"In general, I think I think I can be quite happy about today. I was there until the final, I was maybe a little bit less good placed when Julian Alaphilippe went, but he attacked very strong and I was struggling a little bit on the gravel to get around some other riders. But apart from that, I tried to pace myself as good as possible, so I caught some of them back in the final meters. It was a super hard final and one that normally not suits me that good, so I was quite OK.

The goal was to stay in contention and not losing too much time, I lost some time on Geraint Thomas and Thibaut Pinot, but I'm quite satisfied. The day was not so difficult in the end as I thought, the feeling was better today so everything is going in the right way. Hopefully, the next time in the mountains I'm back at 100% and ready to challenge my opponents," said Jakob Fuglsang.

The first Tour de France mountain stage started in Mulhouse to have a summit finish at La Planche des Belles Filles after 160,5 kilometers and six categorized climbs. A group of twelve riders went clear shortly after the official start, of which Dylan Teuns and Giulio Ciccone made it all the way to the finish. Teuns taking the stage, Ciccone the overall lead. Behind the breakaway, the GC favorites showed themselves for the first time this Tour de France, with defending Tour winner Geraint Thomas finishing first of a select group. Jakob Fuglsang finished nine seconds behind him, taking a ninth place on the stage and moving into an eleventh place overall.

Tomorrow the riders take off from Belfort to finish after 230 kilometers in Chalon-sur-Saone.