Astana Opera performs Abai in Uzbekistan for first time ever 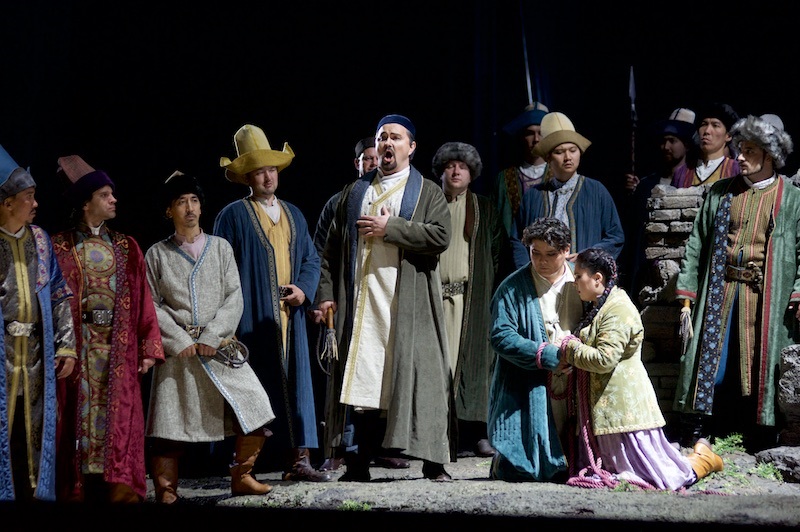 TASHKENT. KAZINFORM - Akhmet Zhubanov and Latyf Khamidi's opera Abai has proven to be very close to the Tashkent audience. Uzbekistani high art connoisseurs welcomed the Kazakh national classical masterpiece with great delight. In anticipation of the anniversary date - the 175th anniversary of Abai - the performance of this opera was particularly significant and relevant. On July 10, Alisher Navoi State Academic Bolshoi Theatre could not accommodate everyone who wanted to see the production, the Astana Opera House Press Office informs.

This excitement is quite understandable. The creative work of the great Kazakh poet and philosopher Abai Kunanbayev is known and loved in Uzbekistan. In 2018, in accordance with the Decree of the President of Uzbekistan Shavkat Mirziyoyev, an organizing committee was established to widely study and promote the creative heritage of the Kazakh enlightener.

The tour is organized by the Ministry of Culture and Sports of the Republic of Kazakhstan within the framework of the Year of Kazakhstan in Uzbekistan. 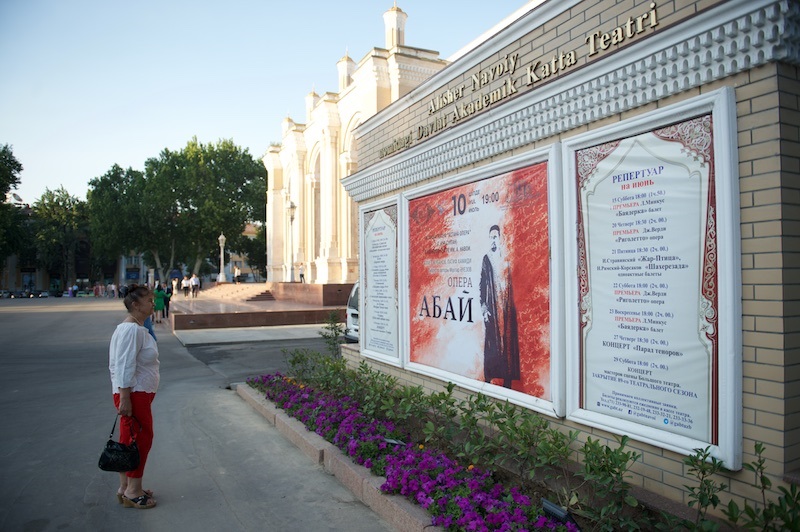 Shortly before the tour performance, at the press conference, the First Deputy Director of the Astana Opera, the Honoured Worker of Kazakhstan, the State Prize laureate of the Republic of Kazakhstan Toleubek Alpiyev emphasized that the friendship of the peoples of Kazakhstan and Uzbekistan makes it possible not only to present individual tour performances, but also opens up huge prospects for further collaboration. For instance, there is an opportunity to stage masterpieces of Uzbek and Kazakh composers at the Astana Opera and the Alisher Navoi Theatre. 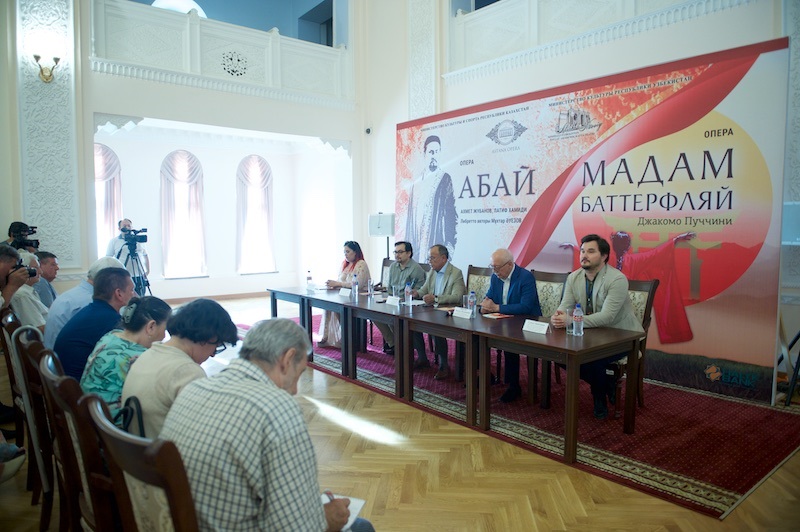 The audience of the leading opera house of Uzbekistan highly appreciated the flawless work of the symphony orchestra musicians, whose magnificent performance swept them away to the infinitely beautiful world of Abai. The renowned Maestro, the Music Director of the production Alan Buribayev - a great-grandson of the legendary composer Akhmet Zhubanov - demonstrated a keen sense of material, his interpretation of the score was deeply intellectual. 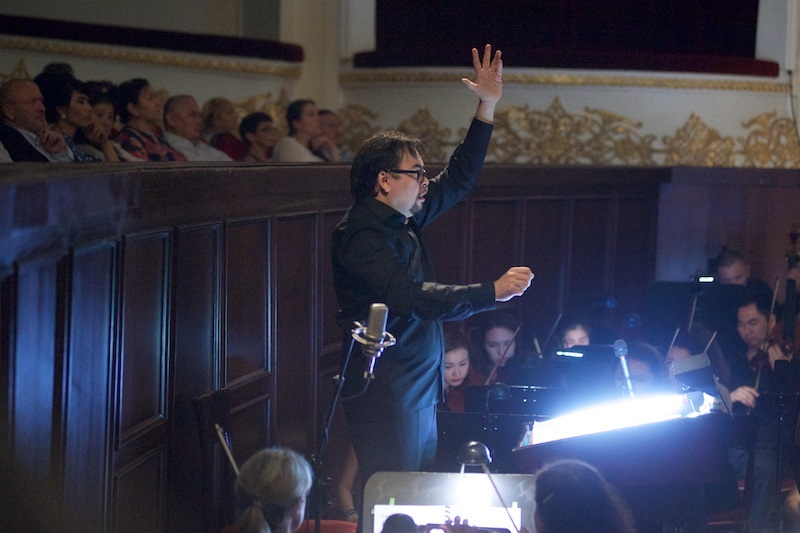 The opera was written by the great figures of national art and culture Akhmet Zhubanov and Latyf Khamidi to Mukhtar Auezov's libretto. The premiere took place in 1944 and was named by critics a Kazakh music masterpiece. It depicts life's work, values and dreams of the Kazakh nation's genius Abai Kunanbayev and accurately communicates the authentic way of life of that time.

"The opera Abai is a masterpiece of national art, an outstanding work of our composers Akhmet Zhubanov and Latyf Khamidi. It caused a thunderous ovation of the Uzbek audience. The production was included in the tour program to show our traditions, culture and spiritual wealth. The fact that culture brings our peoples together is indisputable," the Ambassador Extraordinary and Plenipotentiary of the Republic of Kazakhstan to the Republic of Uzbekistan Darkhan Satybaldy said.

"My biggest impression was the careful and kind attitude of the production team and performers to the traditions of the past. The production's allure is that national traditions are preserved, revered and continued. Magnificent voices, the sound of the chorus and orchestra. I was also impressed by the wonderful sets and costumes. Despite the fact that they were designed by Italian artists, I liked that the national character and distinctness inherent in the Kazakh people were preserved. This can be seen on stage and it is felt in the performance," theatre expert, Art History and Criticism Professor Muhabbat Tulyakhodjaeva, Ph.D., gave her assessment. 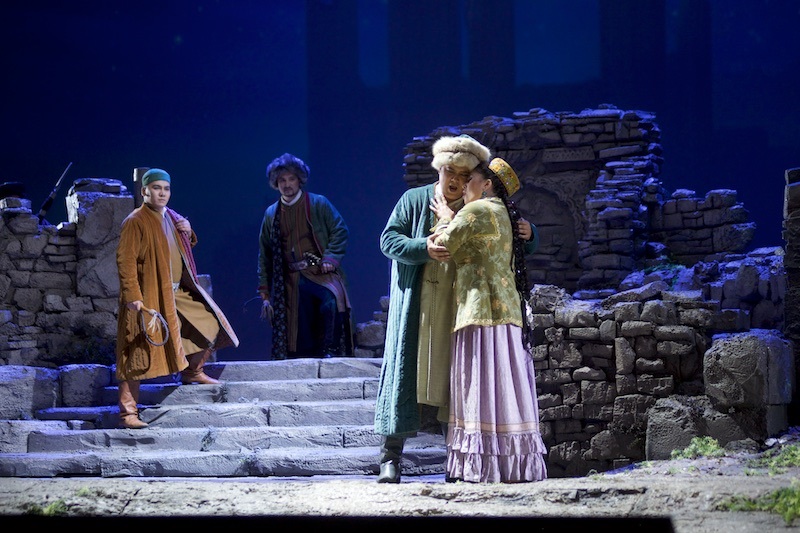 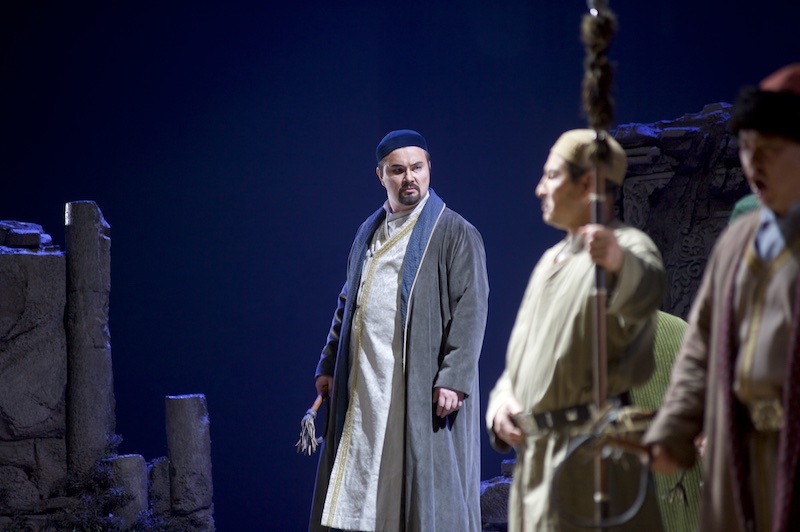 "I am simply delighted, did not expect this at all, it was very interesting from the beginning to the very end. The production is magnificent, and the voices are exquisite, extraordinary. The opera house shows a high standard in Tashkent, contacts between our creative teams must be strengthened. The Astana Opera has made a celebration of high art in our city, I will definitely attend the opera Madama Butterfly," well-known Uzbek journalist, the Chairman of the Public Council of the State Art Museum of Uzbekistan Boris Babayev noted.

"What a palette of voices, what brilliant artists you have! Large-scale crowd scenes were impressive, the superb choir showed monophony. As Azhar, Saltanat Akhmetova performed her part very naturally, she has a strong voice. This production will only cause the biggest applause on any world stage from Europe to the United States," the Chairman of the Tashkent City Branch of the Nuroniy Foundation Rustam Kalanov said. 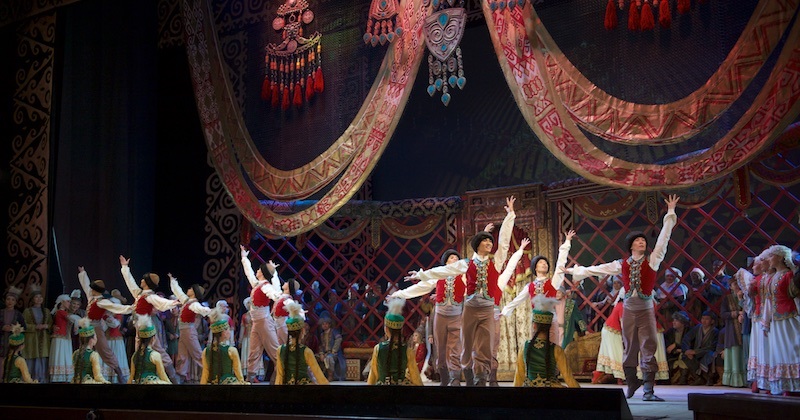 "The opera Abai has a lot of admirers across the world. I am glad that the Uzbek audience welcomed our artists with kindness and delight. I would like to see more such wonderful cultural events in Tashkent," Aslan Talpakov, Chairman of the Management Board of JSCB Tenge Bank shared.

Vocal and acting skills of the artists certainly did not leave anyone indifferent. The State Prize laureate of the Republic of Kazakhstan, the Honoured Worker of Kazakhstan Sundet Baigozhin performed Abai on the highest level. Everything indicated that he felt free and unfettered in this role. The artist's voice soared; his gestures and facial expressions were natural and uncontrived. Despite his young age, Sundet Baigozhin was able to show Abai's wisdom and greatness.

Aidar represents suffering of the people and spiritual apprehension of Abai himself. The Honoured Worker of Kazakhstan Meir Bainesh managed to perfectly portray this character. As Azhar, the Honoured Worker of Kazakhstan Saltanat Akhmetova takes the stage with confidence, not only because she performs this part from the premiere day at the Astana Opera, but also because she considers this role to be one of the most important in her repertoire. The singer was able to create a serious dramatic interpretation. Beimbet Tanarykov, Talgat Galeyev, Tatyana Vitsinskaya, Yerzhan Saipov, Bolat Yessimkhanov, Ramzat Balakishiyev and Shyngys Rasylkhan demonstrated excellent performance skills.

"The tour to Uzbekistan is very important for us, the company was extensively preparing for this trip, as we wanted to worthily represent our art. Even now, these rapturous screams of "Bravo" still resonate in my heart. Our Uzbek friends liked the performance, liked the work of the great authors Mukhtar Auezov, Akhmet Zhubanov and Latyf Khamidi," Principal Conductor of the Astana Opera Alan Buribayev said.

"I was anticipating what would probably be taking place, however, I was wrong, given that the audience just went wild, rejoicing with us. It is an absolute delight that our national opera was so highly perceived," Sundet Baigozhin noted. 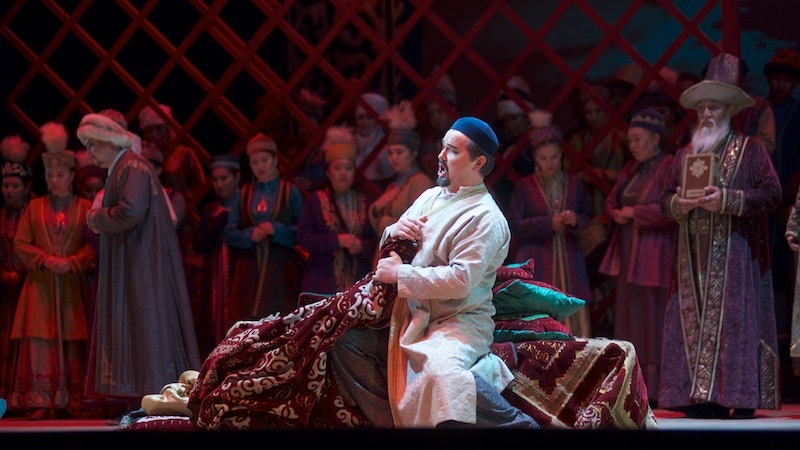 The orchestra musicians and the choir singers did a great job. Thanks to them, the idea of the triumph of love and freedom was fully unveiled.

The audience was greatly impressed by the world of Abai, shown in the first act, by the means of a fantastic library. Outstanding Set Designer Ezio Frigerio (Italy), whose scenographic ideas do not cease to amaze, has worked on the scenery. The stage costumes were created by Franca Squarciapino (Italy), who has done an extensive, detailed research on the material. As a result, the costumes turned out to be almost authentic, not inferior to the originals from the national museum treasuries. 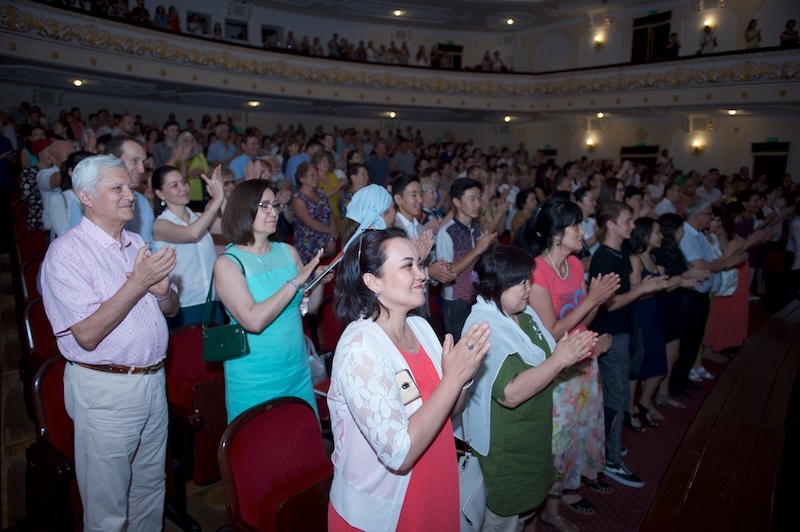 This production conveyed the greatness of the spirit not only of Abai, but also of the spirit of the entire Kazakh people. The finale of the opera caused great patriotism and pride. At the sound of the last chords, the auditorium gave standing ovations to the artists.

At the opening ceremony of the Year of Kazakhstan in Uzbekistan, President of Kazakhstan Kassym-Jomart Tokayev spoke about the convergence of two cultures and the friendship of our peoples:

"We are united by a uniform language, religion, common history and one destiny. Our peoples are the heirs of the ancient and great civilization of Central Asia. We have preserved the traditions, values and cultural and spiritual heritage of our ancestors, having passed through many fateful trials together. Fruitful cooperation between Kazakhstan and Uzbekistan is a logical continuation of the historical friendship that reached an even higher level at the present stage."