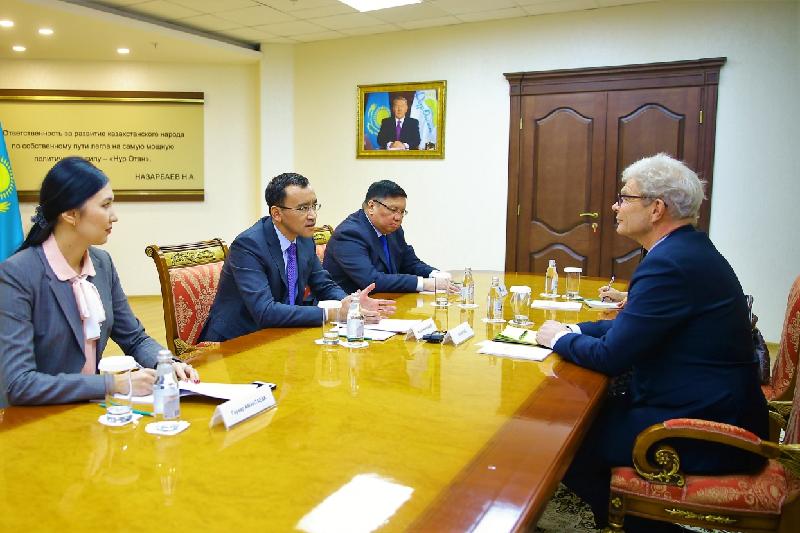 According to Maulen Ashimbayev, the personal friendship of the two heads of state, Nursultan Nazarbayev and Shinzo Abe, who are also the leaders of the largest political parties of their countries, is a key factor in the Kazakh-Japanese partnership.

He underlined that Japan is one of the crucial political and economic partners of Kazakhstan. Our countries closely cooperate in nuclear non-proliferation, disarmament, and global nuclear security. In addition, in view of the Kazakh President's tasks related to technological modernization, there are great innovation opportunities in our countries' partnership. 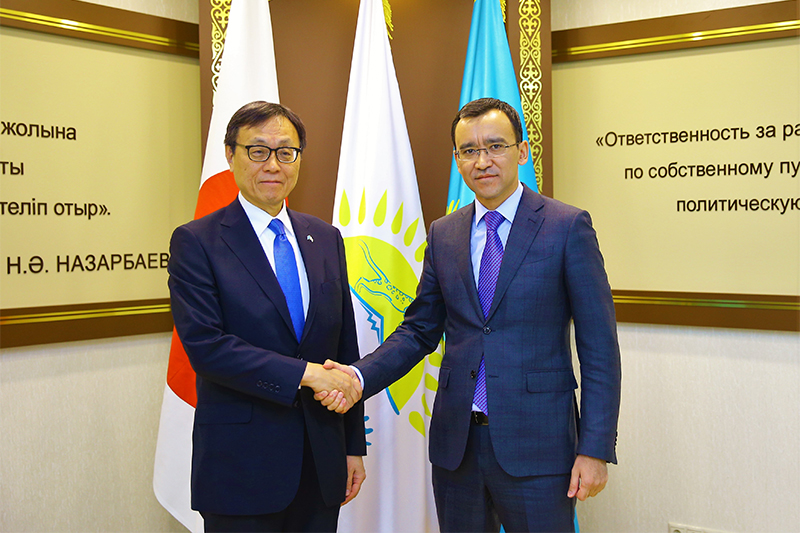 "Nowadays, Kazakhstan actively works on the development of new technologies. We understand the challenges coming from the Fourth Industrial Revolution. It is now very important to develop the science-driven sectors of our economy, introduce new technologies. We know that Japan has good experience in robotics and implements many innovative projects. In this regard, Kazakhstan is much interested in cooperating with Japan," the First Deputy Chairman of the Nur Otan Party stressed.

Strengthening partnership with the ruling Liberal Democratic Party of Japan is a vital direction in developing Nur Otan's international relations. Maulen Ashimbayev underscored that last year the Nur Otan Party's delegation visited Tokyo and met with Japan's top politicians including the leadership of the Liberal Democratic Party. Now, the Nur Otan Party members are looking forward to a return visit that would propel the relations between the parties and countries to a higher level.

"We are interested in deepening our cooperation and would like to see our Japanese counterparts in Kazakhstan paying a return visit. We hope this visit will serve as a good tool and will give boost to our bilateral partnership and cooperation," said Maulen Ashimbayev.

Ambassador Extraordinary and Plenipotentiary of Japan to Kazakhstan Ichiro Kawabata also pointed to the high potential of the Kazakh-Japanese cooperation, expressing hope for further strengthening of the bilateral relations.

"Our bilateral relations demonstrate progress and we currently cooperate with the Kazakh counterparts in a very constructive way. The remarkable thing is that we have all the opportunities to raise the level of the relations not only between our parties but also our countries," the diplomat emphasized.

At the end of the meeting, Ichiro Kawabata told the Kazakh side about the current plans and tasks of the Japanese Parliamentary League of Friendship with Kazakhstan created following the first visit of the President of Kazakhstan to Japan in 1994. Presently, the League of Friendship brings together 40 prominent members of the Japanese Parliament, including the current members of the Cabinet of Ministers, the leadership of the chambers, and the first leaders of major political parties.

At the meeting between Maulen Ashimbayev and Ambassador Extraordinary and Plenipotentiary of the Federal Republic of Germany Rolf Mafael, the sides considered the state of Kazakh-German relations and opportunities for strengthening the dialogue between the top political parties of the two countries.

First Deputy Chairman of the Nur Otan Party Maulen Ashimbayev pointed out that Germany is one of Kazakhstan's key partners in Europe. He also highlighted the special natura and serious economic foundation of the relations between the two countries.

"Good relations between the leaders of our countries have become the basis for constructive and mutually beneficial contacts between the two states. We are pleased that Germany is one of the largest investors of the Kazakh economy. Over the past five years, we have implemented about 19 major investment projects in various fields. During last year's visit of President of Germany Frank-Walter Steinmeier to Kazakhstan, additional agreements for the coming years totalling over EUR 1 billion were signed," Maulen Ashimbayev recalled.

More than 1,500 Germany-invested enterprises and economic entities have been registered in Kazakhstan. Large German companies are interested in developing relations with our country, primarily trade and economic ones. The sides also underscored the importance of developing the interparty dialogue between representatives of the two countries.

"I am confident that we will manage to implement a number of joint projects for our countries. It is worth mentioning that we already have a certain history of interparty relations. Last year, at the invitation of the Christian Democratic Union of Germany, representatives of our party visited Berlin, where they had constructive and productive negotiations," said the First Deputy Chairman of the Nur Otan Party.

"During my recent visit to Karaganda region, I was at the Higher Polytechnical College of Temirtau. There, I saw that our students have excellent opportunities created owing to our German partners. Some rooms were fully equipped by Germany, there were equipment and technologies used in your country. And the experience of dual education system accumulated by Germany is now successfully implemented by many educational institutions of Kazakhstan," the First Deputy Chairman of the Nur Otan Party added.

"The fact that a large number of residents of Germany came to see the Astana Expo last year gives evidence of the serious interest of our country in Kazakhstan. It is also gratifying that the German experience in education, industry and other fields is actively used in Kazakhstan. Even the new system of dual education was jointly developed by the Ministry of Education of the Republic of Kazakhstan and the leading educational funds of Germany," the German ambassador stressed.

Rolf Mafael also asked Maulen Ashimbayev about the progress of the Nur Otan Party modernization. The First Deputy Chairman of the Party dwelt upon the new projects of the party, the main directions of the party reform and emphasized that this process is taking place at the initiative of the Leader of the Party Nursultan Nazarbayev.

At the end of the meeting, the sides exchanged views on the prospects for the win-win partnership in the party-building system, as well as the possibility of implementing joint projects in various fields.