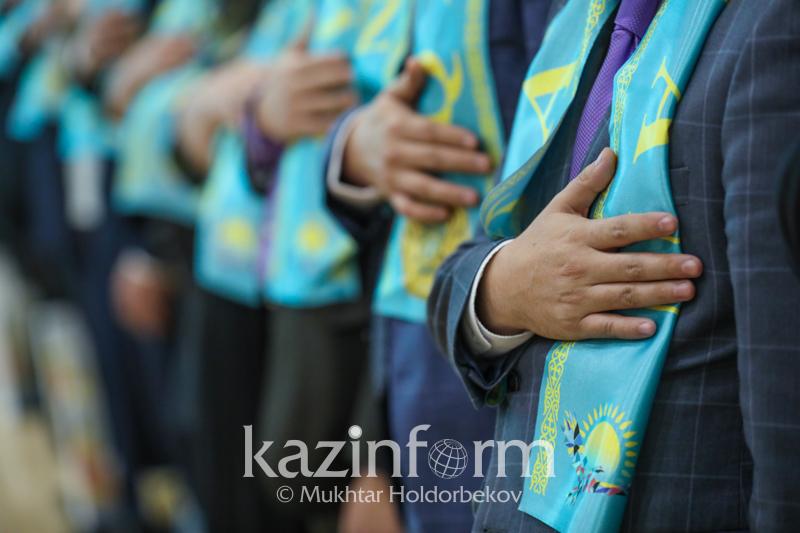 ASTANA. KAZINFORM - Over 12,000 young Kazakhstanis have been educated abroad, have returned to Kazakhstan, and are working for the economy of our country, said Head of State Nursultan Nazarbayev, Kazinform correspondent reports.

"Active assistance to young scientists is of great importance. History shows that we made the right decision when we established the Bolashak Program at the most challenging times for our country. We could not pay pensions, there was no money. We could not pay salaries to teachers and doctors and even the Army," Nursultan Nazarbayev said at the Year of Youth opening ceremony.

The President underlined that, despite certain difficulties, Kazakhstani youth studied at the best universities in the world.

"For each one, the government paid from 30 to 50 thousand US dollars a year. Thus, 14,000 young people are currently studying, and parents send another 20,000 for study, 12,000 of them have returned and work in our economy," said the President.

"Graduates as part of Bolashak Program, graduates of Nazarbayev University, KIMEP University, the Kazakh-British Technical University, IT University have created the future elite of our country," he concluded.

Kazinform earlier reported that President of Kazakhstan Nursultan Nazarbayev has launched the Year of Youth in Kazakhstan.