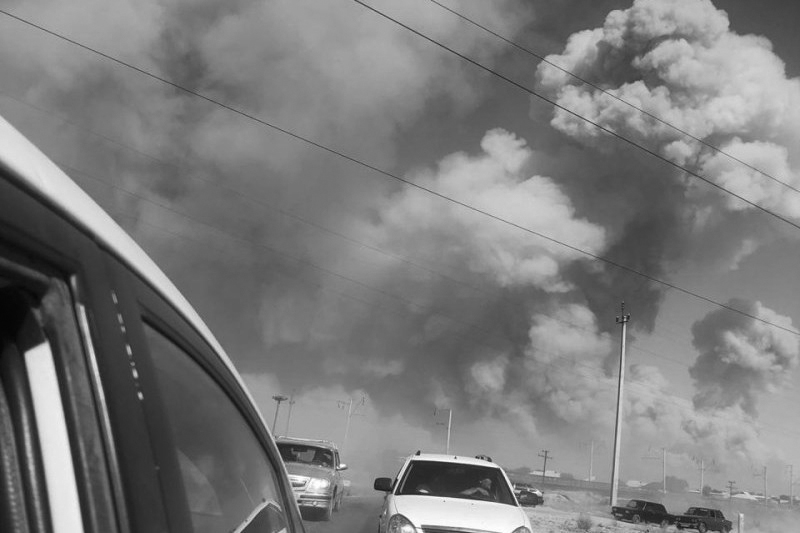 ARYS. KAZINFORM - One person died and two more are in severe condition after the explosion rocked the depot of the military unit in the town of Arys, Turkestan region, governor of the region Umirzak Shukeyev told a press briefing, Kazinform reports.

Governor Shukeyev confirmed that one person was killed as a shell hit his vehicle.

"31 people were hospitalized after the explosion. Two of them are in severe condition. Others sustained moderate injuries One person died as the shell hit his car," Shukeyev told journalists at the press briefing.

Earlier it was reported that the explosion rocked the depot at the military unit in the town of Arys this morning. A working group led by the governor of the region was formed.

Head of State Kassym-Jomart Tokayev charged the ministers of defense and internal affairs as well as akim (governor) of Turkestan region to take urgent steps to eliminate the consequences of the explosion in Arys, ensure people's safety and determine the probable cause of the incident.